Following the acquisition of Dartline, Go South West will comprise of four customer facing brands, operating 380 buses and coaches and employing a workforce of 900 people. 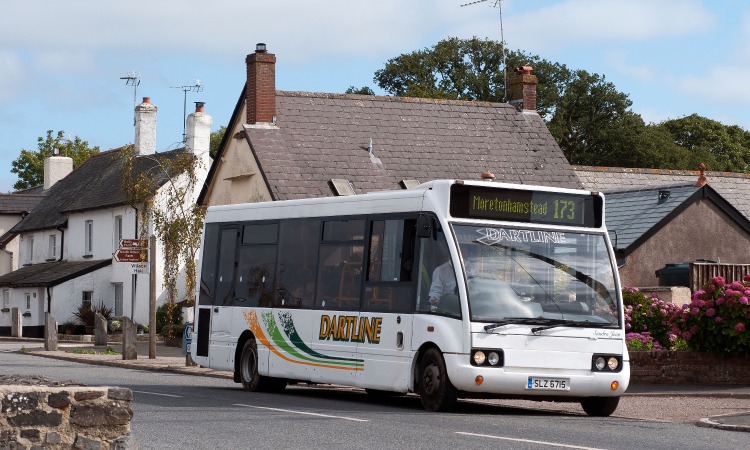 The Go-Ahead Group has announced that it has agreed to buy Dartline, a bus and coach operator based in Exeter, England, expanding the group’s position as a local transport operator in Devon and Cornwall.

A well-established business with 30 years’ experience in the region, Dartline operates a fleet of 84 buses, coaches and special education needs taxis, employing 118 people. The company provides essential services for commuters, schools, day trippers and local communities across East Devon, with a mixture of commercial routes and services operated under contract for Devon County Council.

Originally known as Plymouth Citybus, Go-Ahead had expanded into East Cornwall in 2014, and again in 2020 through an eight-year contract to deliver rural bus routes from Lands End to the Tamar for the county council, creating Go Cornwall Bus. The combined operation had then been given a new corporate identity as Go South West. Following the acquisition, the company will operate 380 buses and coaches, employ a workforce of 900 people and comprise of four customer facing brands.

Richard Stevens, Managing Director of Go South West, said: “We’ve been admirers of Dartline for a long time – it’s a family focused, well run bus company with a strong reputation and a competitive fleet. This acquisition will take us into wider Devon, and will mean that Go South West bus services stretch from the western tip of Cornwall to the Devon, Dorset and Somerset border. Operating as a standalone business, we will maintain Dartline’s strong focus on delivering for local communities, and we will invest in growing and adding services in mid and east Devon.”

Dave Hounslow, Managing Director of Dartline, said: “I reached the grand age of 70 this year and decided its time to hand the reins to a progressive company like Go-Ahead, the brand will continue as Dartline and all the staff will be maintained. Having started Dartline on 4 January 1987 with eight vehicles and building it to its size today, I feel proud that it will continue under the new management.”

Christian Schreyer, Group Chief Executive of The Go-Ahead Group, said: “We look forward to welcoming our new colleagues at Dartline into the group. This acquisition underlines Go-Ahead’s commitment to expand in the regional bus market in the UK, as set out in our group strategy, The Next Billion Journeys.”