Set to further radically improve travel across London and the South East, the opening of Bond Street signifies the completion of the last Elizabeth line station, with train services now arriving every five minutes. 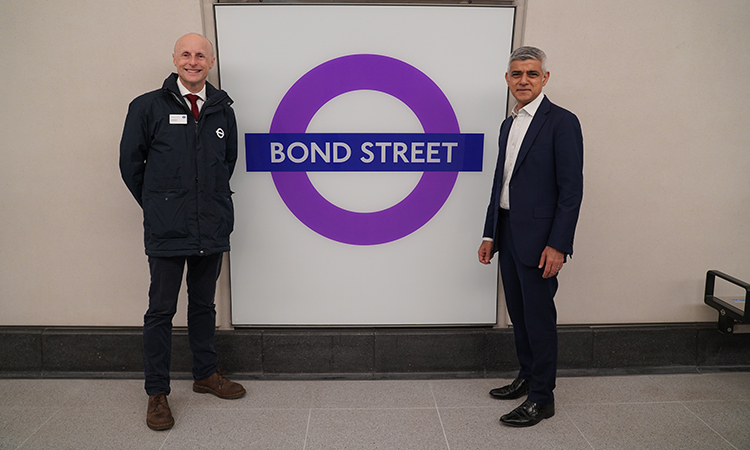 The doors to the brand new Bond Street Elizabeth line station opened on 24 October 2022, marking the completion of the last station on the transformational new railway. Bond Street station is set to further radically improve travel across London and the South East by providing a new link to one of the busiest shopping districts in Europe ahead of the festive period.

On the morning of 24 October 2022, London’s Transport Commissioner, Andy Byford, was joined by the Mayor of London, Sadiq Khan, and Parliamentary Under Secretary of State at the Department for Transport (DfT), Katherine Fletcher MP, to welcome some of the first customers at the new station.

The opening of Bond Street completes the central section of the Elizabeth line as the last of the 10 new stations to open. As with the other central section stations, Bond Street has its own distinct character that reflects the environment and heritage of the local area, in addition to architectural forms and materials that are consistent throughout all of the new Elizabeth line stations.

The new station is step-free from street to train with two lifts to street level, further enhancing accessibility across the Transport for London (TfL) network. The station is set to accommodate nearly 140,000 Elizabeth line passenger journeys daily. This will more than double the number of people currently using Bond Street station to visit the area – providing a welcome boost to businesses and easing congestion at nearby stations. The station will also increase the connectivity of the Elizabeth line with the Central and Jubilee lines through new interchanges. 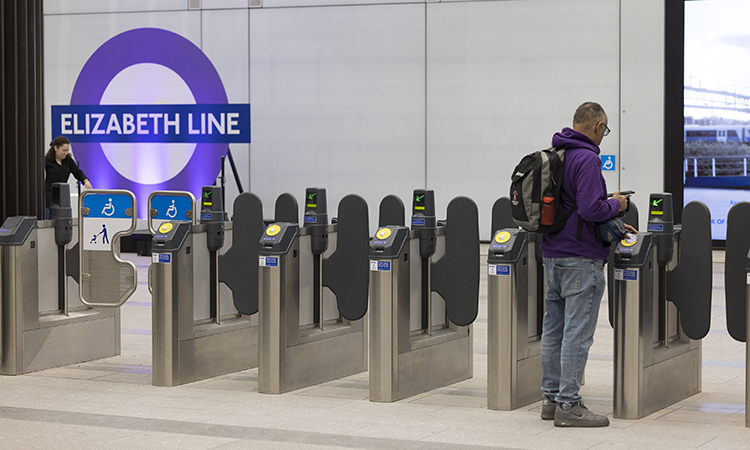 Two brand new spacious ticket halls, with an abundance of natural light, lead passengers to the Elizabeth line platforms at the new station. Both entrances feature columns, which blur the line between interior and exterior spaces and help the station fit into its surroundings, which is complemented by the choice of materials: red sandstone at Davies Street, and pale Portland stone at Hanover Square. Bronze is also used throughout the station – in ticket halls to frame ventilation grilles between columns; and above the escalator leading to the Davies Street entrance, where an angular bronze ceiling provides decorative detailing and acoustic absorption. The escalator at the Hanover Square entrance is the longest escalator on the Elizabeth line at 60m long, and is the second longest on the TfL network, just one metre behind the escalators at Angel Underground station.

In addition to the new station improvements, Crossrail worked with Westminster City Council on improvements to the area around the station. Exiting the eastern ticket hall at Hanover Square, passengers will now encounter a revamped green space: Medici Courtyard. The courtyard is a result of a public realm transformation led by Westminster City Council in collaboration with adjacent property owners and developers. It is also the first public courtyard to open in Mayfair for more than a century.

The Mayor of London, Sadiq Khan, said: “I’m delighted to be here today as the spectacular new Elizabeth line station at Bond Street opens to passengers for the first time. The spacious, stylish and step-free station at Bond Street is a huge boost for our retail and hospitality businesses and will radically improve travel across London and the South East by providing a new link to one of the busiest shopping districts in Europe ahead of the festive period. I can’t wait for Londoners and visitors to our capital to experience this beautiful new station for themselves.” 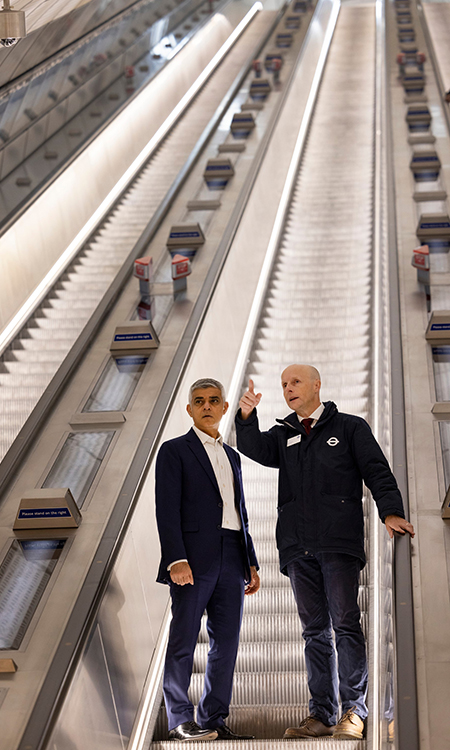 “The opening of the Elizabeth line by Her Late Majesty Queen Elizabeth II at Paddington in May [2022] was a landmark moment, not just for London but for the entire country. It is playing a crucial role in our recovery from the pandemic and delivering a £42 billion boost to the UK economy, supporting hundreds of thousands of new homes and jobs. The Elizabeth line is helping to build a better London – a fairer, greener and more prosperous city for all. I’m so proud of this new line,” Khan added.

Andy Byford, London’s Transport Commissioner, said: “This new station is the jewel in the crown of the West End’s transport provision. It is truly spectacular. I promised that Bond Street would open in [Autumn 2022], and we have delivered on that promise. It is now set to serve as a significant new link to one of the most popular shopping districts in Europe, just in time for the busy festive period this year.

“When I came to TfL, I set two clear priorities, one of which was to get the Elizabeth line open without further delay. Today’s opening, after years of hard work, marks the completion of the central section of the Elizabeth line, which now includes 10 world-class new stations. I am also pleased that through journeys from the east and west into central London are now less than two weeks away.

“It has been a huge privilege to have served as the Transport Commissioner for this incredible city. I am proud to have worked alongside a great team to get this station open and complete the railway. I encourage everyone to visit and use it as our capital continues to chart a bright future,” Byford concluded.