South Yorkshire’s tram network will be brought back into public control from 2024, in line with the region’s wider ambitions to upgrade the system as part of a fully integrated public transport network. 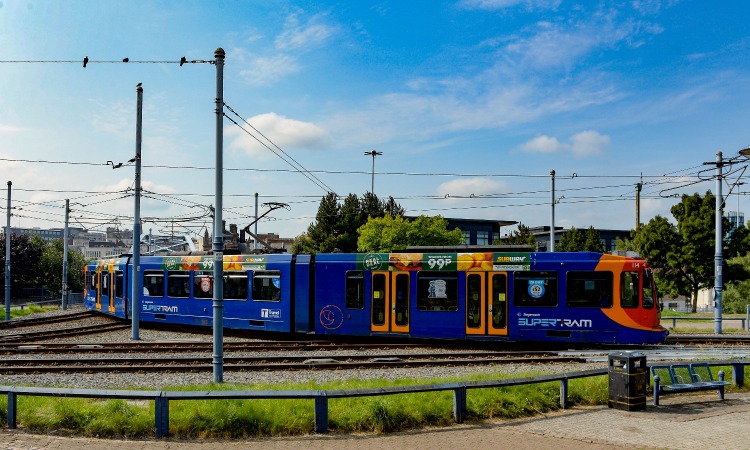 South Yorkshire Mayoral Combined Authority (SYMCA) has announced that the metropolitan county will have a publicly owned, publicly operated tram network from 2024, as regional leaders approve plans for the system’s future.

This means that the running of Sheffield Supertram services, infrastructure and finances will be controlled by SYMCA, once Stagecoach’s current contract for operation of the network ends in March 2024. The plan forms part of the region’s wider ambitions to upgrade Supertram, as part of a fully integrated public transport network.

South Yorkshire’s Mayor Oliver Coppard said: “Our transport ambitions – for how our communities get to jobs or education, and how they visit family and friends – must work for the whole of our region and for a generation to come. Supertram has been part of South Yorkshire’s fabric for nearly 30 years. In the next 30 years, it will play a critical role in helping us reach our net zero goal. Now, I am pleased to be able to say that it will do so as a publicly owned, publicly operated venture. Full public control of Supertram is an exciting new chapter for our tram network. It will help us to develop a long-term, integrated approach that fits with our wider plans for buses, rail, walking and cycling across South Yorkshire.”

Opened in 1994, South Yorkshire’s Supertram system cost £240 million and now serves major residential and employment sites in Sheffield. A Tram Train project extended the network to Rotherham in 2018 and SYMCA recently secured a £100 million UK government grant to modernise parts of the system, including track and infrastructure improvements and better facilities for passengers.

A 2018 consultation on the future of the tram network found strong public support for proposed investment, running at 88 per cent of local residents, businesses, visitors and community groups. The majority of respondents (68.3 per cent) stated that they would travel by car if the tram was no longer available.

The region’s leaders have approved proposals to create an ‘arm’s length’ publicly owned company to run the South Yorkshire’s tram system at the Mayoral Combined Authority Board meeting on 18 October 2022.

▶ Getting passengers back on-board: Transport for West Midlands’ road to recovery