With the arrival of the last of the 27 new trams, Metrolink will be able to provide increased capacity on its network, attracting more people across Greater Manchester to use its public transit services. 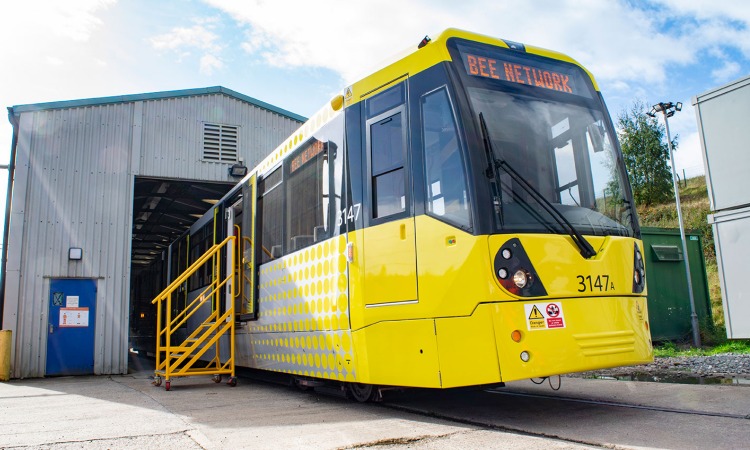 Transport for Greater Manchester (TfGM) has announced that Metrolink services have been boosted by the arrival of the last of 27 new trams, as part of a £72 million investment in the network. The last of the new batch of trams has been received by Metrolink operator KeolisAmey Metrolink (KAM) on 24 September 2022, and is undergoing testing and commissioning before going into service.

In July 2018, TfGM had signed a contract with Bombardier Transportation UK – now Alstom – and Kiepe Electric to produce the M5000 trams. Each of the new vehicles will make Metrolink’s fleet of trams more resilient, boost capacity for passengers and allow for more services to be scheduled for high-profile events within Greater Manchester.

The new trams are funded by the UK government’s Transforming Cities Fund, which has also helped build more car parking capacity around the network, as well as expanding Trafford and Queens Road depots.

Andy Burnham, Mayor of Greater Manchester, said: “Metrolink is synonymous with Greater Manchester and, following a decade of investment and growth is now the largest network in the country. We are proud of it, and it shows what can be done when you have local control over something that is run in the interests of the people it serves. These new trams represent a further major investment and will provide increased capacity at key growth areas.”

Danny Vaughan, Head of Metrolink at TfGM, said: “I’m delighted that we’ve now received all 27 new trams which will mean we can boost capacity on the network and attract more people onto Metrolink, as well as other modes of public transport as part of the Bee Network. Along with investment in our trams, we have also expanded park and ride facilities on the network and are improving cycling facilities at Metrolink stops to support the vision of an integrated public transport system.”

Guillaume Chanussot, Managing Director of KAM, said: “We are proud to operate Metrolink on behalf of TfGM and we are committed to delivering the best customer journey experience. The increased capacity provided by the additional 27 new trams enables us to continuously improve our customer offering for the people of Greater Manchester.”