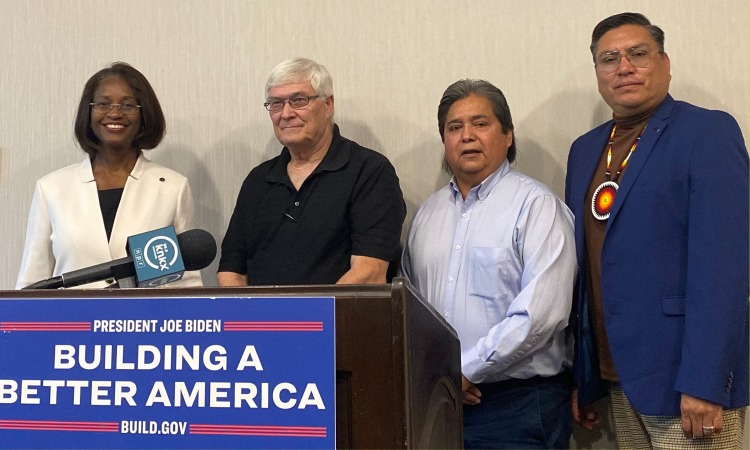 The U.S. Department of Transportation‘s (USDOT) Federal Transit Administration (FTA) has announced that it has awarded $8.6 million in grants to 25 American Indian Tribes and Alaska Native communities to improve their transit.

“We are taking an important step to help ensure Tribal residents have access to reliable, affordable ways to get around,” said U.S. Transportation Secretary Pete Buttigieg. “Using funds from President Biden’s Bipartisan Infrastructure Law, these grants will help improve transit for Tribal Nations around our country.”

According to the National Transit Database, nearly 12 million vehicle miles of service are provided by Tribal Transit systems each year nationwide, providing critical access to jobs, schools, healthcare and shopping, as well as to provide eldercare.

FTA’s Tribal Transit Program supports public transportation for federally recognised American Indian Tribes and Alaska Native Villages, groups, or communities. The funding is vital to help Tribes meet the needs of their citizens, including elders, people with disabilities and youth in rural areas.

“Today’s (11 October) grant awards will improve public transportation and connections for people in communities that have been historically underserved,” said FTA Administrator Nuria Fernandez. “We want to make sure that no one is left behind as we expand and modernise transit systems.”

Examples of projects selected to receive Fiscal Year 2022 funding include:

FTA received 47 eligible project proposals requesting approximately $18 million from Tribes and Alaska Native Village applicants in 17 states in response to the Notice of Funding Opportunity that had been issued in February 2022.