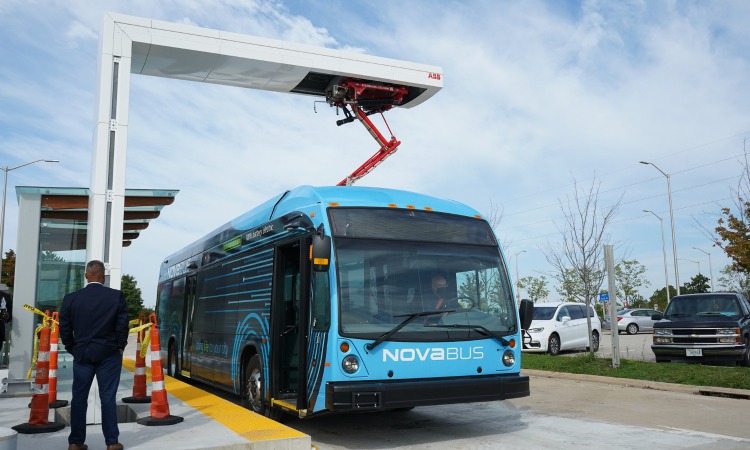 Milwaukee County Transit System (MCTS) has announced that it continues to make progress on Milwaukee County’s innovative East-West Bus Rapid Transit (BRT) line, as it completes the installation of its first charging station at the Milwaukee Regional Medical Center in Wauwatosa.

The new BRT route will come with two battery-electric bus (BEB) charging stations – one at each end of the line. The first is currently operating at Watertown Plank at the end of the route, while the second will be built at the BRT’s starting point at the Couture in downtown Milwaukee.

In order to help ensure that these BEB batteries are always fully functioning, MCTS has implemented a charge management plan, which calls for topping off each bus battery every third lap of the 18-mile roundtrip route, for nine minutes. Then, each night, the fleet of battery electric buses will be charged for approximately two hours overnight.

The charging pole at Watertown Plank Road stands 15 feet tall and weighs 3,000 pounds. When charging a bus, the charging arm, called a pantograph, lowers and connects to the rooftop of the vehicle and charges the electric bus in as little as three to six minutes. Each battery-electric bus can operate up to 247 miles on a single charge.