For Car Free Day 2022, TIER releases new data revealing that two-thirds of Londoners feel there are too many cars on the road and launches a new partnership to help tackle the barriers to the adoption of micro-mobility. 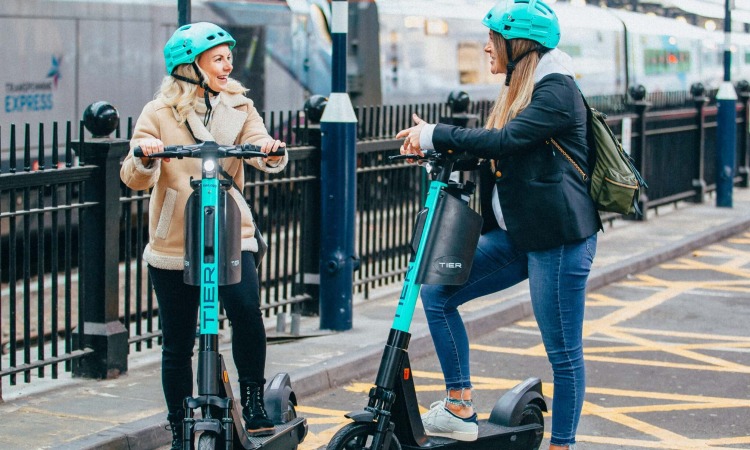 In order to mark European Mobility Week 2022, TIER Mobility has released the findings of its recent perceptions study, which looks into micro-mobility usage in London since the capital’s e-scooter trials began. TIER has revealed that 66 per cent of Londoners feel that there are too many cars on the road in the capital, with 73 per cent saying that they feel cars are polluting the air in the city.

The study has also found that nearly one in five e-scooter hires replaced a car-based journey. Furthermore, the study also highlighted some of the barriers to Londoners trying out travelling by bike or e-scooter, with over a third reporting that they feel exposed to other vehicles on the road and only 50 per cent feeling that cycling is easy and efficient in the capital.

In order to help combat the barriers to the adoption of micro-mobility, TIER has partnered with Beeline to provide navigation within the TIER app for e-scooter riders. The company’s routing technology picks quieter and safer routes which utilise cycling infrastructure and quiet streets, partly based on feedback from its users. According to a poll of the navigation app’s users, just under 80 per cent have said that since using the app or device they have felt safer whilst riding their bike.

In early September 2022, TIER has also deployed camera-equipped R&D e-scooters in 10 cities across Europe, which are able to detect pedestrians, other roads and what surface the e-scooter is being ridden on using the latest computer vision technology. These R&D e-scooters are being used to evaluate future e-scooter features which will be rolled out across TIER’s fleet of ‘Parrot’ brain equipped e-scooters.

For Car Free Day 2022, TIER and Beeline is holding a pop-up event, showcasing how using Beeline’s navigation can route riders onto quieter routes in London, and coupled with TIER’s micro-mobility solutions makes it easier and safer to leave the car behind. The micro-mobility operator will be giving away free rides on e-scooter for attendees.

Georgia Yexley, General Manager for TIER UK and Ireland, said: “The majority of Londoners want to see fewer cars on the streets, but for many people choosing an alternative form of transport like cycling or riding an e-scooter can feel unattainable. Through our partnership with Beeline, our users can choose a route which avoids major roads and links up some of the fantastic cycling infrastructure already in the city. This Car Free Day we would like to encourage more people to grab an e-bike or e-scooter and see how pleasant and efficient leaving the car at home can be.”