The new BRT project will provide Raleigh residents with a faster, more efficient transit option between downtown Raleigh and its eastern neighbourhoods, improving connections to jobs, schools and healthcare. 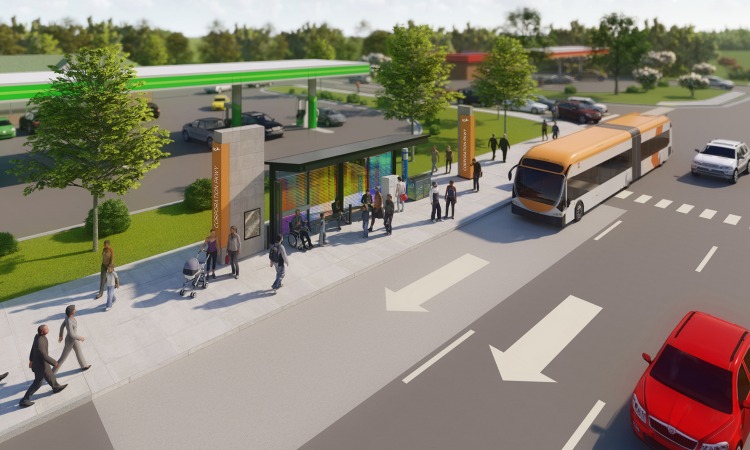 The first piece of an ambitious transit expansion programme, the BRT line will connect people who want to travel between downtown Raleigh to its eastern neighbourhoods with a faster, more efficient transit option.

“Across the country, we’re seeing innovative transit projects connect people to where they need to go quickly and conveniently – while reducing congestion and pollution for the entire community,” said U.S. Transportation Secretary Pete Buttigieg. “Through funds provided by President Biden’s Bipartisan Infrastructure Law, we’re proud to help deliver the Wake Bus Rapid Transit project along New Bern Avenue so Raleigh residents can reach their jobs, schools, loved ones and everything else that matters most in their lives.”

In order to reduce travel times and get Raleigh bus riders where they need to go faster, buses will travel for 3.3 miles in exclusive lanes and receive traffic signal priority. The BRT system will feature new electric battery-powered or compressed natural gas buses and easy fare payment that will be handled before boarding, ensuring quicker stops. The New Bern BRT will reduce trips from downtown to New Hope by 10 minutes compared to taking the conventional bus.

“We are pleased to support the Wake Bus Rapid Transit New Bern Avenue project, which will improve transit connections in the downtown Raleigh Central Business District, including to some of the major healthcare centres in the region and beyond,” said FTA Administrator Nuria Fernandez. “Residents will have an affordable, climate-friendly travel alternative to avoid traffic and reach destinations all over the region.”

The project improves access for low-income residents, older adults and underserved populations to major employers and medical facilities in the corridor, including the WakeMed Raleigh campus, Duke Children’s Specialty Services of Raleigh and St. Augustine’s University – all of which will have stops on the new BRT line.