In addition to the changes to fares to Heathrow Airport, Oyster card fees have also been increased, helping to ensure that TfL can reach financial sustainability as soon as possible. 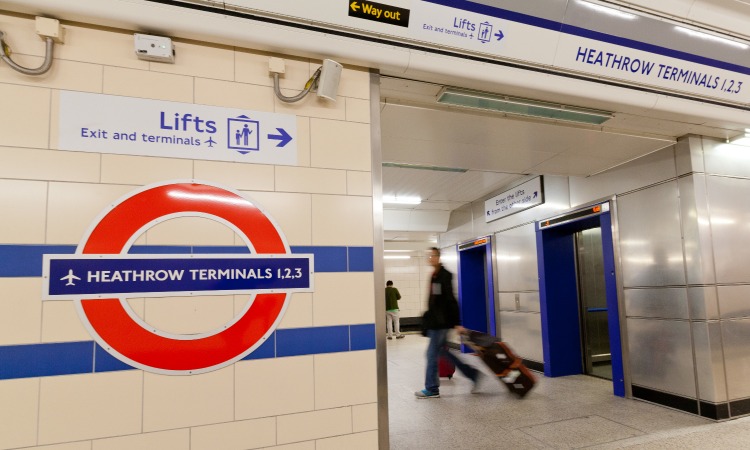 Transport for London (TfL) has announced that all Tube and Elizabeth line fares for journeys that go through Zone 1 and start or end at Heathrow Airport are now being charged at peak rate, with the charge for a new Oyster card also increasing from £5 to £7.

In December 2021, the Mayor of London outlined a number of fare options that were being explored to comply with the UK government’s funding conditions and, since then, TfL has undertaken Equality Impact Assessments and engaged with stakeholders. Following this, it has been agreed that the changes to Heathrow fares and Oyster charges should be implemented as of 4 September 2022 to help achieve government requirements and support TfL’s target to achieve financially sustainable operations by April 2023.

Journeys to the airport that avoid Zone 1 would continue to have an off-peak fare, while journeys ending at stations before Heathrow, like Hatton Cross, Hounslow West and Hayes & Harlington will also not be affected by the changes.

In addition, TfL is also working to re-start the discounted travel available to airport workers across all Team Heathrow employers. All pay-as-you-go journeys will also continue to benefit from daily and weekly capping and all concessions, including free travel of under 11s, will remain in place.

The Mayor’s Hopper fare also means that unlimited bus and tram journeys for the price of a single journey can be made, providing they are made within an hour of first touching in. TfL will continue to monitor bus services in the Heathrow area as part of wider, ongoing work to ensure bus services in London meet customer demand.

The operations of an airport mean that demand for stations at Heathrow does not conform to the usual peak periods seen across the rest of the network. The changes to Tube and Elizabeth line fares to Heathrow and the £2 increase for an Oyster card are expected to generate additional income of up to £27 million per year, calculated up to 2027-28, and support TfL’s target to achieve financially sustainable operations by April 2023.

The Mayor of London, Sadiq Khan, said: “Raising more money from fares was a condition of our funding deal with government. This fare increase was chosen as one which would have a lower impact on Londoners currently worried about the cost-of-living, and to ensure that journeys that avoid Zone 1 will not be affected, helping to protect those living near and working at the airport.”

Shashi Verma, Chief Technology Officer at TfL said: “Changes to the fares to Heathrow and the increase to the Oyster card fee are necessary to comply with the government’s funding conditions. These will help to ensure that TfL can reach financial sustainability as soon as possible.”

▶ New, reduced fares to be launched in Liverpool City Region from mid-September 2022