The new battery-electric vehicles will support the Antelope Valley Transit Authority’s fixed-route operations and represent the next step in the authority’s transition towards a fully electric fleet. 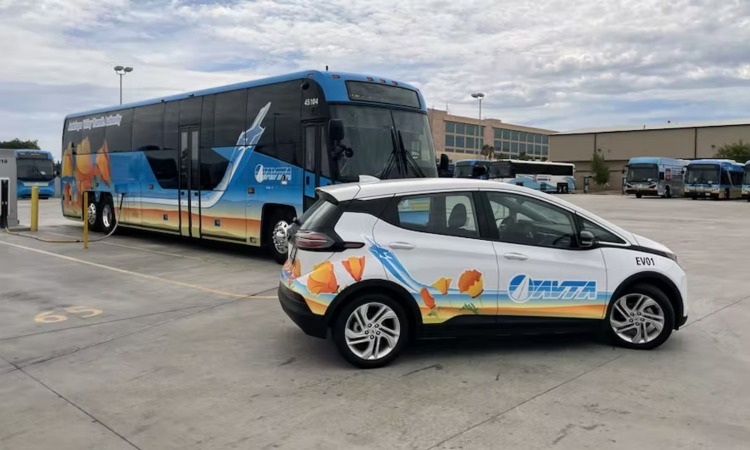 The Antelope Valley Transit Authority (AVTA) has announced that it has placed four new battery-electric support vehicles into service to support its fixed-route transit operations. These all-electric vehicles have been purchased locally from Antelope Valley Chevrolet.

“The AVTA Board continues to hold to our vision of an all-electric transit agency, including support vehicles,” said AVTA Chairman of the Board Marvin Crist. “We are very pleased that AVTA was able to fulfil the RFP from a local business here in the Antelope Valley.”

In the Board meeting in June 2022, the AVTA Board of Directors unanimously authorised Executive Director/CEO Martin Tompkins to purchase the vehicles and put them into service. In August 2022, the new electric vehicles made their first appearance with custom designed wraps to complement AVTA’s all-electric zero-emission local bus fleet.

AVTA provides local, commuter and dial-a-ride service to a population of more than 450,000 residents in the cities of Lancaster and Palmdale, as well as the unincorporated portions of northern Los Angeles County. Its total service area covers 1,200 square miles and it is bounded by the Kern County line to the north, the San Bernardino County line to the east, the Angeles National Forest to the south, and Interstate 5 to the West.