Through this agreement RTA aims to honour the commitment of its essential employees by investing in competitive wages and increased yearly safe driving bonuses, amongst several other benefits. 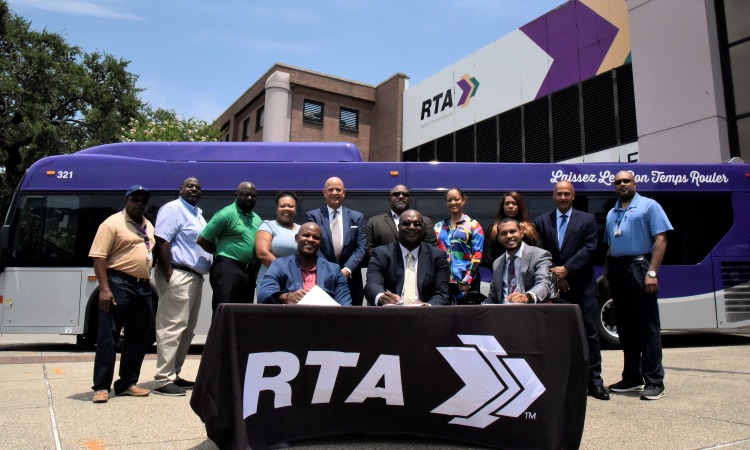 The New Orleans Regional Transit Authority (RTA) has announced that it has reached a four-year labour agreement with the Amalgamated Transit Union (ATU) Local 1560. During RTA’s Board of Commissioners Meeting on 28 June 2022, the commissioners unanimously voted to ratify the resolution that granted RTA’s CEO, Alex Z. Wiggins, the authority to sign the new labour agreement which includes a pay and benefits package that keeps RTA operators among the highest paid in the southwest and southeast regions.

“We are one step closer to fulfilling our commitment to investing in RTA employees with the ratification of this labour agreement between the RTA and its largest union,” said Flozell Daniels Jr., RTA Board Chair. “The RTA’s lifeblood is its transit operators and mechanics, and the RTA Board of Commissioners is looking forward to our continued partnership to give New Orleanians the world-class riding experience they deserve.”

The transit authority and ATU began negotiations in Spring 2021, reaching a tentative agreement on 5 May 2022. The agreement was ratified by ATU membership on 23 June, with the RTA board adopting the resolution on 28 June 2022.

As part of the agreement, ATU represented employees will now receive:

“The RTA workforce has demonstrated time and time again their commitment to maintaining mobility through the most challenging circumstances including the pandemic and our recent overactive hurricane seasons,” said Alex Z. Wiggins. “I am proud of the agreement made between the RTA and the ATU as it honours this commitment of our essential employees by investing in competitive wages and benefits that make the RTA one of the most desirable employers in the region.”

“As the new ATU Local 1560 Local President, my first priority was reaching an agreement with RTA for our members on the front lines,” said Kory Dupree, President of ATU Local 1560. “We have faced many challenges in maintaining mobility but have persevered for our riders and our community. ATU Local 1560 looks forward to continuing the work of the agency, overcoming obstacles to building stronger connections and moving forward in a new direction with RTA.”