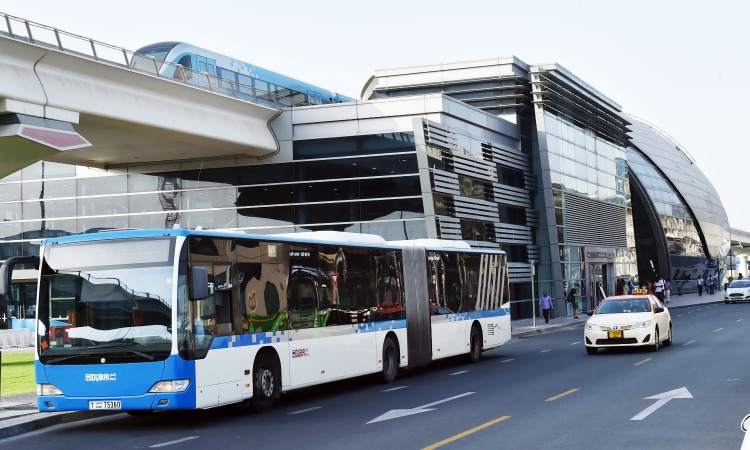 Dubai’s Roads and Transport Authority (RTA) has announced that it is launching a new bus service to expand the city’s internal bus network coverage as of 20 June 2022.

Named F57, the new metro link service will start from Jebel Ali Metro Station and head to Bluewaters Island, at a frequency of 30 minute intervals during peak times. The aim of launching this route is to enhance the integration between transport and urban planning in Dubai.

“RTA is always keen to offer efficient public transport solutions to all. We are also committed to continuing co-operation with the government, semi-government entities and private companies to run safe and sustainable public transport solutions including the Dubai bus network. Requests received from various entities in the emirate are subjected to feasibility studies, extensive research and site surveys before deciding on the actual launch of the service,” said Adel Shakeri, Director of Planning and Business Development, Public Transport Agency at RTA.

The service changes will be subject to continuous scrutiny to assess its feasibility from financial and operational perspectives as well as other success factors in serving the needs of public transport riders in Dubai.

According to Shakeri, bus transport in Dubai is reasonably priced and can be easily integrated with other public transport means. Travelling by bus will also promote sustainable mobility by allowing passengers to enjoy seeing the city skyline from the comfort of their seats as opposed to driving private motor vehicles.

“RTA places great emphasis on the summer season and strives every year to enhance the public bus network in Dubai. It seeks to improve the public service by adjusting bus schedules and pick-up times and launching new routes in response to a growing demand for the service, especially with summer vacation just around the corner,” said Shakeri.