In addition to improving fuel consumption by up to 25 per cent compared to a diesel bus, IndyGo’s new buses will include full electrification capabilities. 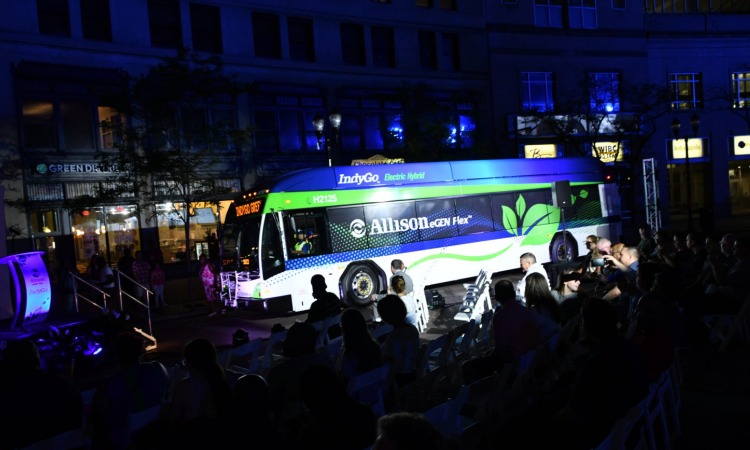 The Indianapolis Public Transportation Corporation (IndyGo) has announced that in partnership with Allison Transmission, GILLIG and Cummins, the first buses equipped with the Allison eGen FlexTM electric hybrid propulsion system have arrived at the agency.

The new system is the next generation, updated version of the H 40 EPTM electric hybrid propulsion system that has been operating in select IndyGo buses since 2004. In addition to the benefits provided by the previous system, such as improving fuel consumption by up to 25 per cent versus a conventional diesel bus, the eGen Flex provides added capabilities, including full electrification range.

“IndyGo’s continued collaboration with Allison represents our joint mission and commitment to reduce our carbon footprint in the Indianapolis community,” said Inez Evans, IndyGo President and CEO. “The delivery of the GILLIG buses equipped with the eGen Flex technology represents the next step in our efforts to reduce our dependence on fossil fuels, enhance quality of life for residents and do our part to protect the environment.”

The new system, which is paired with the Cummins B6.7 engine in GILLIG buses, is capable of traveling in electric-only mode for up to 10 consecutive miles or 50 minutes before converting back to hybrid propulsion. This electric-only mode can be utilised multiple times per route and per day.

Furthermore, the new system can operate up to 50 per cent of the time in engine off mode while still powering auxiliary systems like air conditioning and heat at optimal efficiency. The system’s electric-only mode, which is activated through geofencing technology, will allow the buses to eliminate engine emissions and noise while loading and unloading passengers in dense pedestrian areas, zero-emission zones and at Indianapolis’ public transportation hub, the Julia M. Carson Transit Center.

IndyGo will be the first transit system to operate the new buses equipped with the updated electric hybrid propulsion system and B6.7 engine pairing. The delivery of the new vehicles has been celebrated during an event in downtown Indianapolis on 14 June 2022.