As part of the Smart Village Shuttle service, Transdev Germany’s subsidiary Rohde Verkehrsbetriebe will operate two on-demand electric vehicles to encourage residents in Süderbrarup to be less dependent on their cars. 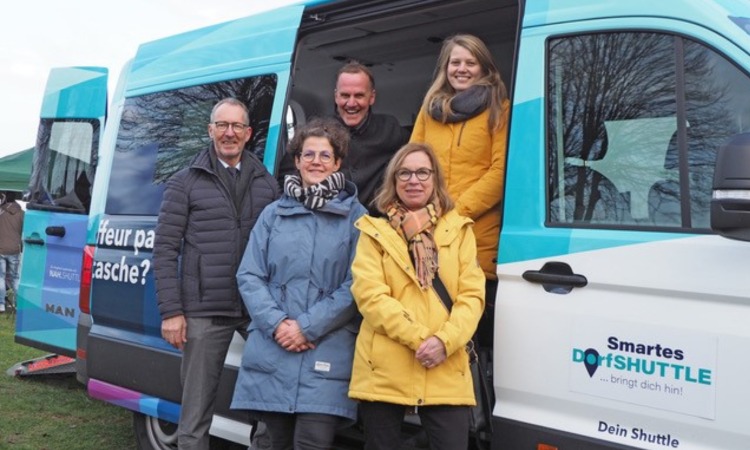 Transdev has announced that its subsidiary, Rohde Verkehrsbetriebe GmbH (RVB), has recently launched a Smart Village Shuttle service in the town of Süderbrarup in Germany. This scheme follows the successful launch of the flexible shuttle service, Remo, in Rendsburg, northern Germany, in August 2021.

Providing service in the sparsely populated region in the northeast of Schleswig-Holstein, the shuttle, locally known as ‘Smarte Dorfshuttle,’ is intended to be more accessible and to help residents to be less dependent on car journeys. The system consists of two on-demand electric vehicles, which are used during the day for trips in the Süderbrarup district, with 13 municipalities and around 12,000 inhabitants, to 500 virtual stops.

A collaborative project between Smart City Amt Süderbrarup, the District of Schleswig-Flensburg and NAH.SH GmbH (the regional public transit authority), the Smart Village Shuttle service aims to improve the demand-oriented public transportation system by offering flexible mobility that gets its passengers to their destination easily, safely and sustainably.

The launch of this new demand-responsive service follows a series of projects that Transdev has launched across Germany, including the most recent expansion of its bus services in Neustadt through its subsidiary Palatina Bus GmbH. As part of the 10-year contract, the company will begin the operation of 75 buses along 12 routes in the Landau-Speyer-Neustadt/Weinstraße city triangle, from December 2022.