As part of its ‘Break Up With Cars’ campaign, Lime will work to highlight the damage that driving has on the environment and its contribution to over 1.3 million deaths annually worldwide in an effort to encourage people onto sustainable transport. 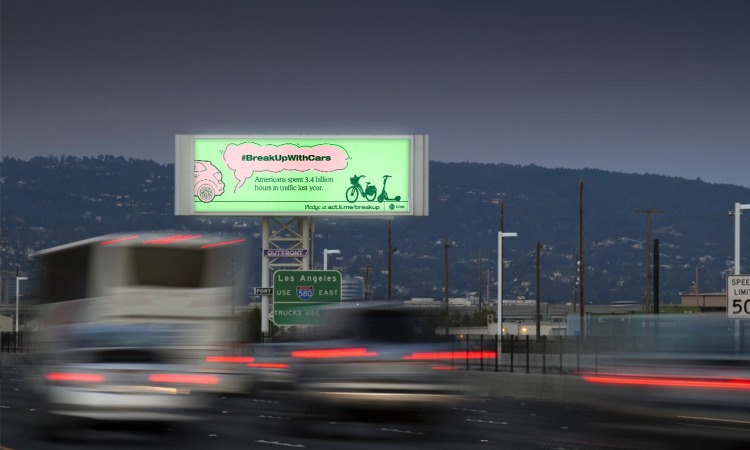 Shared electric vehicle company Lime has announced the launch of its ‘Break Up With Cars’ campaign, which is aiming to encourage drivers to end their relationship with their private cars and instead explore other modes of sustainable transport.

This is the company’s first campaign that directly addresses driving in cities and, thus, highlights the many ways that over reliance on cars has yielded pollution, congestion, wasted time and over 1.3 million deaths annually worldwide. In time for Earth Month, the campaign also comes as gas prices have soared and further increased the already high costs of driving.

“With transportation being a leading source of global carbon emissions and more than 1.3 million people killed in car crashes annually worldwide, it’s past time to end our toxic relationship with cars,” said Wayne Ting, CEO of Lime. “We’re excited about this creative campaign’s potential to move people away from car use and onto more sustainable transportation options. It’s a reminder that freeing oneself from the costly and time-consuming headaches of car ownership is not only a healthy step for drivers, but good for cities and the planet, as well.”

Through ‘Break Up With Cars’, drivers will be able to win rewards for pledging to break up with their cars for as little as a day to as long as a month. Rewards include up to $3,500 worth of Lime rides, campaign t-shirts, Bern helmets and more.

Lime will also be partnering with content creators, as well as other local partner organisations, to amplify the message to their tens of thousands of eco-conscious followers globally.

The company will also feature digital advertising, with helpful facts that point out the negative societal impacts of driving, including time wasted in traffic, the high costs of car ownership, the damage that driving has on the environment and more.

Furthermore, the campaign will feature billboard advertising in San Francisco and London. The San Francisco billboard is strategically positioned as a head-on read to traffic exiting the new Bay Bridge, which is on the Metropolitan Transportation Commission’s list of ‘Top Ten Most Congested Corridors’ in the region. Therefore, the campaign will be a helpful reminder that there are better ways to commute than being stuck in traffic.