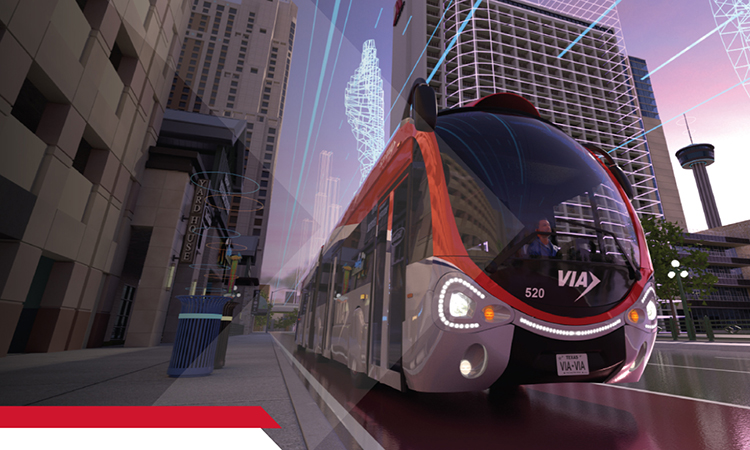 VIA Metropolitan Transit (VIA) has announced that the Federal Transit Administration (FTA) has awarded an initial Medium-High rating – the second highest ranking possible – for the proposed Advanced Rapid Transit (ART) North/South project that VIA is developing in San Antonio. This milestone reflects the first time in history that a project from the region has been rated as part of the Capital Investments Grant (CIG) programme.

In August 2021, VIA was granted permission to enter the ART North/South concept project into the FTA CIG programme, which is one of the largest federal funding programmes in existence. Part of the CIG process requires FTA ratings over the course of development for the proposed project to continue moving toward ultimately bringing federal infrastructure funding to the region.

This is the next in a series of steps forward for the ART project, which is a part of VIA’s voter-approved Keep San Antonio Moving (KSAM) plan. Voters overwhelmingly passed Proposition B in November 2020, securing dedicated funding for transit projects and improvements, including a modern ART network.

Furthermore, the North/South corridor would also connect major employment and residential centres – destinations for thousands of local workers and visitors – from the San Antonio Airport through Downtown and onto Southtown.

“As we start our public engagement on the ART North/South project and hear from the public on how we can best serve the community with these new improvements, the FTA’s initial rating puts this project on a solid path toward receiving federal funding for one of the community’s top transit priorities,” VIA’s President and CEO, Jeffrey C. Arndt, said. “This is a significant next step for VIA and San Antonio, and the first time that we are able to be competitive for access to tremendous federal support in delivering a modern mass-transit system to move San Antonio.”

VIA will host a series of public meetings throughout 2022 to discuss the proposed improvements with the community, to help to shape the ultimate design and concept that moves forward for potential federal funding.

As part of the FTA CIG programme, the rating will be updated before a final funding agreement can be reached between FTA and VIA. Federal funding would complement local funding from a partial one-cent sales tax allocated to VIA, beginning in 2026. The current project schedule shows the ART North/South being able to open for service in mid-2027.