With 180,000 riders having used the scheme since its launch in June 2021, TfL has announced that London’s e-scooter trial – involving Dott, Lime and TIER Mobility – has exceeded half a million trips and 1.6 million kilometres. 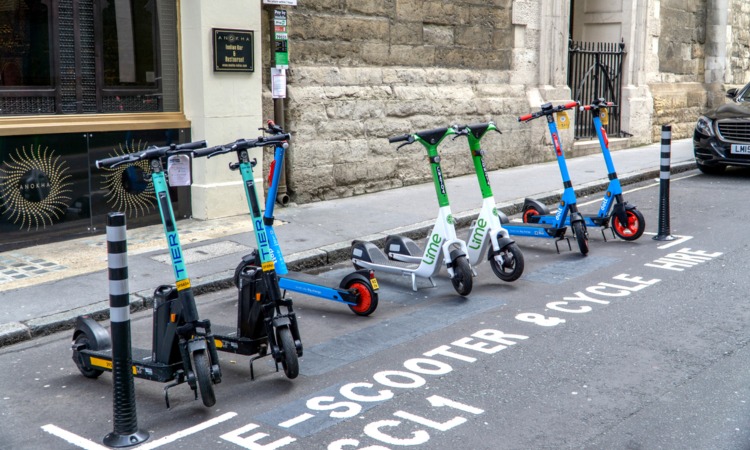 Transport for London (TfL) and e-scooter operators Dott, Lime and TIER Mobility have released new data that shows the significant progress that has been made in their e-scooter trials, with more than 585,000 trips having now been made, covering a total of 1.6 million kilometres.

Around 180,000 people have used the scheme to date, and the most rides made by a single user was more than 300 trips. The busiest month for the trial was October, 2021 as people returned to offices and the London Borough of Camden joined the scheme, while the most popular hour to ride an e-scooter is between 18:00 and 19:00.

The London trial has expanded significantly over the first eight months since its launch in June 2021, with the number of vehicles available to hire increasing sixfold to 3,585 vehicles. The number of boroughs participating in the trial has also doubled. With plans to expand this number over the course of 2022, there are now more than 420 designated parking locations across the trial area.

London’s trial is one of 32 authorised by the Department for Transport (DfT) around the UK, as the trials gather data that will be used to inform any changes to the legal status of e-scooters that the UK government may choose to introduce in the coming years. During 2022, the trial will continue to grow and build on its successes and further explore whether e-scooters contribute to London’s transport mix, reduce carbon emissions and enable a sustainable recovery from the pandemic.

“As we continue to recover from the pandemic, e-scooters can play a role in urban transport systems, offering greener and more sustainable alternatives to the car,” said Will Norman, London’s Walking & Cycling Commissioner. “However, there is currently a woeful lack of regulation around private e-scooters. The London trial has safety at its heart, and we continue to gather evidence about how e-scooters can be made safer for riders and all other road users.”

Helen Sharp, Transport for London’s e-scooter trial lead, said: “E-scooters could play an important role in ensuring a green and sustainable future for London, and I’m delighted that the rental trial has exceeded the exciting milestone of half a million trips. We’re working closely with operators, councils and people across London to build on the success of the trial so far, and we hope that even more people will be able to take advantage of the trial over the coming year.”