Continuing an 18-year partnership, the City of Paris has renewed its contract with Keolis for the operation of its PAM 75 transport service for people with reduced mobility. 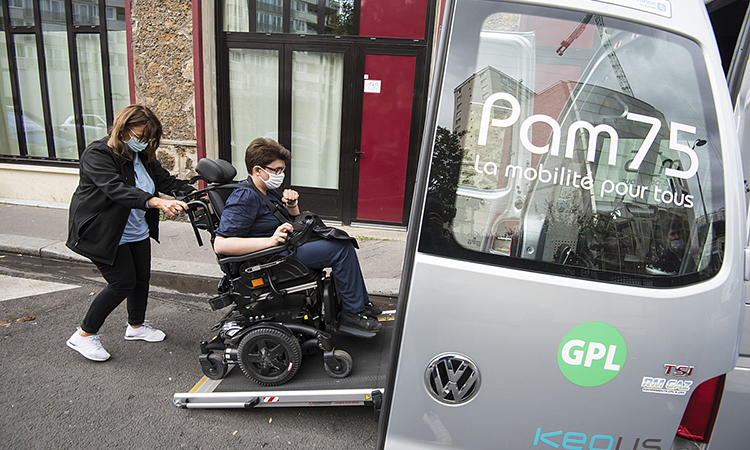 Keolis has announced that it has once again been awarded the contract for the operation of the City of Paris’ PAM 75 transport service – an essential service for people with reduced mobility in the capital, thus marking the continuation of their 18-year partnership.

In order to meet the expectations of clients, Keolis has offered the City of Paris ambitious commitments regarding quality of service, particularly in terms of transport punctuality and real-time passenger information. Thus, Keolis has undertaken work to enrich the range of digital information and reservation tools, specifically developed to meet the needs of travellers with low mobility.

Keolis will also offer the City of Paris the opportunity to experiment with soft and alternative adapted modes of transport – relying on actors of the social and solidarity economy – and proposed the testing of a support offer on conventional public transport networks, in the hope that it will strengthen the autonomy of people with disabilities.

The contract will come into effect in July 2022 and is the latest in a growing series of contracts that Keolis has been awarded, including the operation of the PAM 77, consolidating its position as a reference player in the field of transport of people with reduced mobility. The Pam 77 service makes nearly 120,000 trips annually, with nearly 2,000 subscribers, and serves more than 560 towns in the Ile-de-France region.

Furthermore, in 2017, Keolis Group acquired Les Coccinelles and its subsidiary Les Kangourous 2. With 180,000 student transports carried out each year, these companies contribute daily to breaking the isolation of pupils and students with a disability in the Ile-de-France region.