As part of a new contract, Keolis Sverige will operate 22 alternative energy double-decker buses between the Swedish cities of Gothenburg and Borås on a network that spans over 65km. 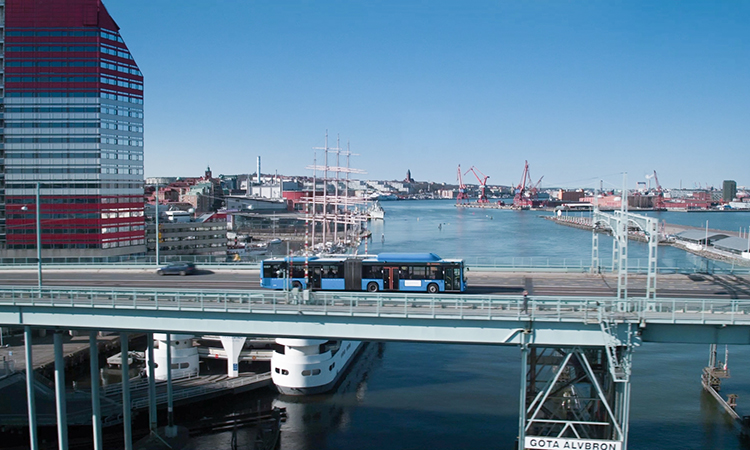 Pictured: Keolis operates a range of buses in Sweden.

On 12 December 2021, Keolis Sverige – Keolis Group’s subsidiary in Sweden – in close cooperation with Swedish public transport authority Västtrafik, began operating the commuter bus service between the cities of Gothenburg and Borås in the west of Sweden.

As part of this 10-and-a-half-year contract, 22 alternative energy double-decker buses will serve 1.3 million passengers per year on a network that spans over 65km – a first for Keolis in Sweden. With this new milestone, the Group reinforces its presence in Sweden, where it operates 1,600 fossil-free buses throughout the country.

The buses, fitted with 75 seats each, offer passengers a comfortable on-board experience, where they can connect to Wi-Fi and use the USB sockets for their portable devices. For younger passengers, there are integrated child seats. Each bus is 14.36m long and 4.25m high.

Bernard Tabary, CEO International of Keolis Group, said: “We are delighted to be entrusted with the operation of this new contract for double-decker commuter buses in Sweden, the first of its kind for Keolis, thereby continuing our sustainable cooperation with Västtrafik in yet another network. We are looking forward to providing a mobility offer that is both clean and safe and playing our role in the energy transition to enhance the everyday life of Swedish residents.”

The route, which runs between central Gothenburg and central Borås, includes a stop at the transport hub in the events district of Korsvägen, home to the Swedish Exhibition and Congress Centre, the Gothia Towers hotel, the Universeum science centre, the Museum of World Culture, the Scandinavium arena, the Liseberg amusement park and the University of Gothenburg.

Ahead of the start of services, Keolis Sverige provided special training for its 45 drivers and mechanics for the safe operation and maintenance of the double-decker buses in their depots in Gothenburg and the newly built depot in Borås.

This fossil-free double-decker bus contract follows a number of recent milestones in sustainable shared mobility for Keolis in Sweden:

Keolis Sverige has been present in Sweden since 2003 and operates 1,600 fossil-free buses in four regions of the country, covering 82 million kilometres every year. Keolis has over 4,500 employees in Sweden.