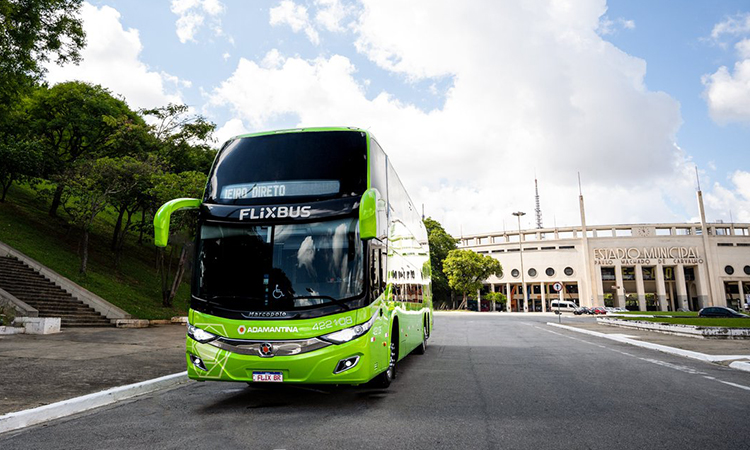 FlixMobility has announced that it is continuing its global expansion by launching new bus connections in Brazil, which began operation on 1 December 2021. The new network includes cities such as São Paulo, Rio de Janeiro and Belo Horizonte.

FlixMobility’s FlixBus is now offering up to 12 daily departures on the two main routes from São Paulo to Rio de Janeiro and Belo Horizonte. The new offer has been well received by Brazilian customers, who have been able to book tickets since mid-November.

With this expansion, the company brings its green business model to one of the largest bus markets in the world. Around 60 per cent of the Brazilian population uses long-distance buses, and combining sustainable and affordable travel with a high-quality product and strict safety standards has been FlixBus’ recipe for success across Europe and in the U.S.

“Brazil is a strategic market for us due to its continental dimensions and its high potential. As a company that is innovating mobility on a global scale, we want to offer affordable and sustainable travel options to even more consumers around the world. Therefore, we are immensely happy to start our operations in Brazil,” said André Schwämmlein, Founder and CEO of FlixBus.

“We are introducing a new mobility alternative aiming to expand in regions where there’s currently a lack of competition and people are looking for affordable means of transport. With a smart business approach and a great product, FlixBus managed to change the way that people travel across Europe and the U.S. Now, we offer Brazilian customers the same green experience with high quality standards and the best value-for-money,” said Edson Lopes, Managing Director of FlixBus Brazil.

The new connections will be operated by Grupo Adamantina, FlixMobility’s first local partner. The buses will apply the company’s international standard, which includes services such as free on-board Wi-Fi.

“We are aware of FlixBus’ quality history outside of Brazil. Being the company’s first partner in the country is a fundamental step in consolidating Adamantina at the national level, allowing us to compete with any other road transport group,” said Clóvis Nascimento Martins, owner of Grupo Adamantina.

“We are closely looking into offering further connections and cooperating with more local partners. We want to establish a solid network in Brazil similar to the networks that are offered in Europe and the United States, where we are working together with more than 500 different bus partners,” added Lopes. “FlixBus will be one of the first global players to provide Brazilian customers with easy, affordable and comfortable bus services following the recent steps taken by federal regulators towards a more competitive market.“