Editor’s Pick: Making parking spaces work for everyone, not just drivers
Read now: Don’t ask Santa for an e-scooter this Christmas: Introducing e-scooters the right way
Recommended read: “It’s my job to get what they’ve been promised”: An interview with the Mayor of Greater Manchester, Andy Burnham –
Watch now: The legal challenges of delivering e-mobility –
New Webinar: Mitigating Driver Shortages in Public Transit: How to Build Better Schedules that Attract and Retain Drivers – 9 Dec
Out now: Intelligent Transport Issue 4 2021
news

Metrolinx’s new WAVE shuttle marks the first time in Canada that an autonomous shuttle and smart infrastructure will be fully integrated into an existing transit service. 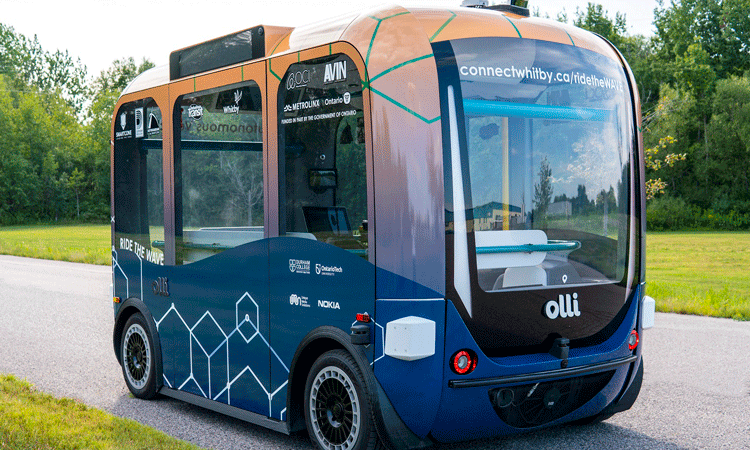 In summer 2021, Metrolinx partnered with several agencies to begin testing an autonomous vehicle (AV) that was set to operate within Whitby GO as part of an AV pilot project. After weeks of successful mapping and testing, as of 8 November 2021, the WAVE (Whitby Autonomous Vehicle Electric) shuttle is now ready to begin welcoming passengers on-board.

The battery powered vehicle will be operating along a six kilometre route that begins and ends at the Whitby GO Station, looping through the residential, recreational and industrial areas of the Port Whitby neighbourhood (in south Whitby). This marks the first time in Canada that an autonomous shuttle and smart infrastructure will be fully integrated into an existing transit service.

During this next stage of the pilot project, the WAVE shuttle will compliment existing Durham Region Transit (DRT) On-Demand services and will be scheduled as Route 300 to serve the Port Whitby neighbourhood. As always, connections to GO Transit and DRT services are available at Whitby GO Station.

With safety being a key priority, the WAVE shuttle will only operate at a speed of no more than 20km/h (while in autonomous mode) and will have a trained safety attendant on board at all times who can manually take control of the vehicle, if required.

The service will also be aided by smart transportation infrastructure that will monitor traffic conditions and help to improve the safety of cyclists and pedestrians. 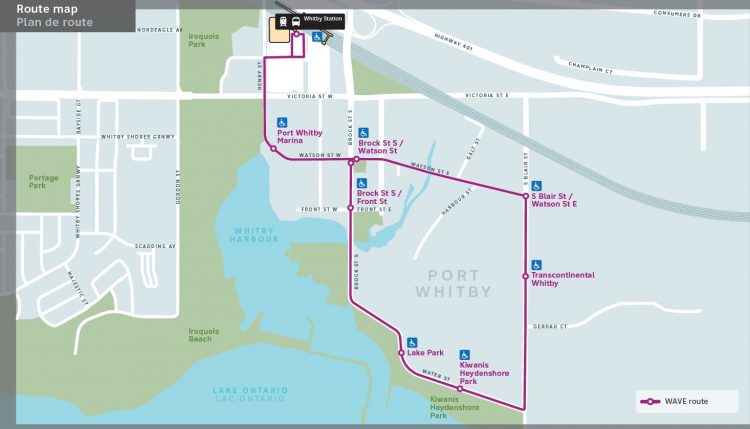 The shuttle will only carry four people at a time for now and will operate on weekdays between 08:30 and 15:30 during off-peak times, and weekends between 07:00 and 19:00 in order to minimise traffic congestion.

The WAVE shuttle will pick up and drop off passengers at designated stops along the route, and there is no fee to ride. However, passengers are reminded to not forget their PRESTO card or e-ticket, as regular fares still apply when connecting to other DRT or GO Transit services. 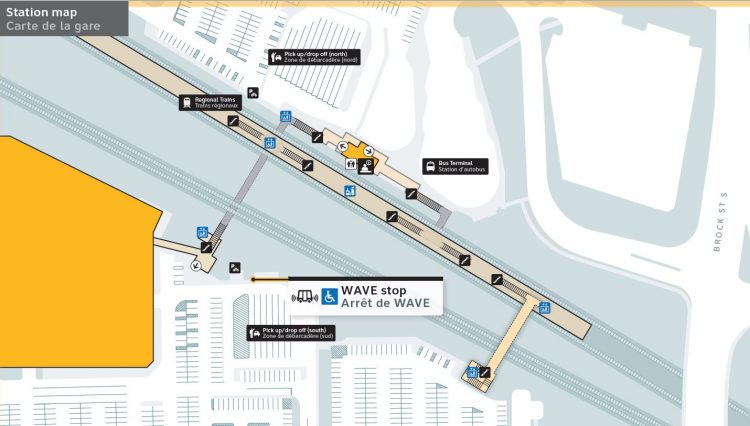 Credit: Metrolinx – Passengers can board the shuttle in the south passenger pick up/drop off area at Whitby GO Station.

The project is a collaboration between Metrolinx, Durham Region Transit, the Town of Whitby, Durham Region, SmartCone, AutoGuardian and other partners who have all worked together to see how autonomous vehicles can be integrated into an existing transit network and enhance connections to GO Transit and local transit services.

The WAVE shuttle will aim to demonstrate how an autonomous vehicle can be used as a safe, accessible and convenient transit option, using clean energy to transport people to and from Whitby GO, all while eliminating the hassle of finding parking.

In the coming months, Metrolinx will work with all partners involved to assess the operational outcomes and customer service experiences of this smart technology and how it may benefit with integrating into a wider transit network in the future.

Bus projects announced in Massachusetts to ease congestion in Boston

Mobile coverage to be rolled out across London Underground network