Voi Technology has pledged to become climate positive across all of its towns and cities by 2030, meaning that it will reduce more emissions than its value chain emits, without relying on carbon offsets. 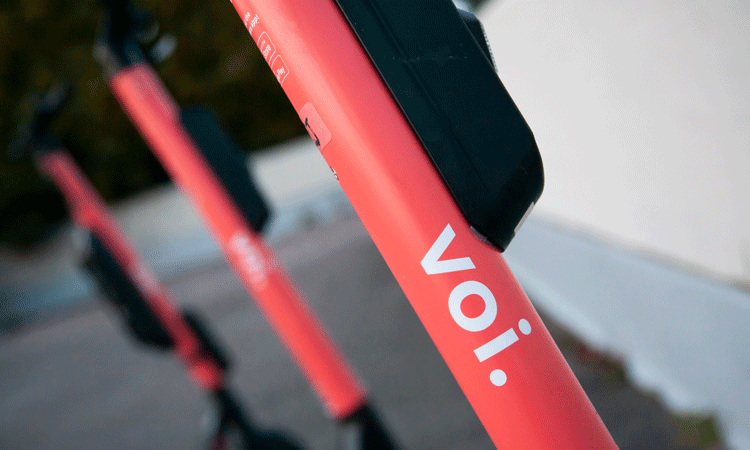 Voi Technology, the European shared micro-mobility operator, has announced that it has pledged to become climate positive across all of its towns and cities by 2030.

The company’s Co-Founder and CEO, Fredrik Hjelm, will commit the e-scooter company to this ambition at an International Transport Forum (ITF) event on decarbonising transport that is being held as part of COP26. This means that the company will aim to reduce more greenhouse gas (GHG) emissions than its value chain emits, without relying on carbon offsets, while still growing as a business.

Voi will transition to fully electric operational fleets by early 2023. Fleets and warehouses will be fully powered by renewable energy

By 2023, Voi’s battery cells will be produced in Europe. Thanks to considerable investments from the European Union, European lithium-ion production will soon be a reality. The carbon footprint of European battery cells is expected to be 50 per cent lower than traditional cells in their first year of production and by 2030. Voi is one of the few operators to source its e-bikes from Europe and is working on plans to source e-scooters from Europe in the future.

Voi will work with suppliers to transition its supply chain to renewable energy and aim towards circular production by 2030.

In order to further reduce emissions, the company will continue to foster the sustainable adoption of its service by:

This climate positive pledge follows Voi’s track record of climate leadership in the micro-mobility sector. Voi has operated a carbon-neutral service since January 2020, and its climate targets are verified by the Science Based Targets organisation. Voi is also a signatory of the UN-backed Business Ambition for 1.5°C campaign and a member of Race to Zero.

Voi aims to replace over one billion car journeys and avoid up to two million tonnes direct emissions from cars by 2030, helping to reduce the reliance on fossil-fuelled vehicles in cities and towns across Europe, and supporting countries to reach their net-zero targets.

Fredrik Hjelm, CEO and Co-Founder of Voi, said: “Voi’s e-scooters and e-bikes are already playing a critical role in cities in providing convenient and sustainable alternatives to cars. Climate change presents a serious threat to the livability of cities around the world, and we want to do everything in our power to take action. We want to go beyond carbon neutrality through offsets and become a climate-positive company. We’ll do this by implementing new climate measures, such as sourcing European-made battery cells and circular vehicles.”

The transport sector is responsible for nearly a quarter of Europe’s greenhouse gas emissions and remains a key obstacle to achieving the European climate targets. Road transportation accounted for 72 per cent of greenhouse gas emissions linked to domestic and international transport. The EU has pledged to cut emissions by at least 55 per cent by 2030 in keeping with the Paris Climate Agreement. Drastic action will need to be taken to ensure Europe can reach this target, and Voi is part of the solution.

There is increasing evidence that the accessibility of micro-mobility in cities with high adoption rates is leading more and more urban residents to forgo private car ownership entirely. Voi contributes to reducing the carbon footprint of urban mobility by providing an inclusive, accessible and affordable service. To date, over 70 million rides have been taken on Voi vehicles since 2018, replacing an estimated 11 million car trips.

The company recently introduced an Impact Dashboard, giving users information about the environmental impact of their mobility choices. The dashboard will help them to track their own contribution to this decarbonisation target.

Voi’s vision has always been to shape cities made for living, free from noise and pollution whilst supporting the 15-minute city movement. The path to becoming climate positive will be challenging and require close collaboration and innovation to decarbonise supply chains. As a young and agile company, Voi believes that it is up for the task, and hopes to show climate leadership for other private sector actors to enable viable pathways towards the Paris Agreement’s 1.5° C target.