As long queues at petrol stations continue to cause gridlock in many cities across the UK, Voi has experienced a considerable increase in the use of its e-scooters as workers and students take to micro-mobility to solve their transportation issues. 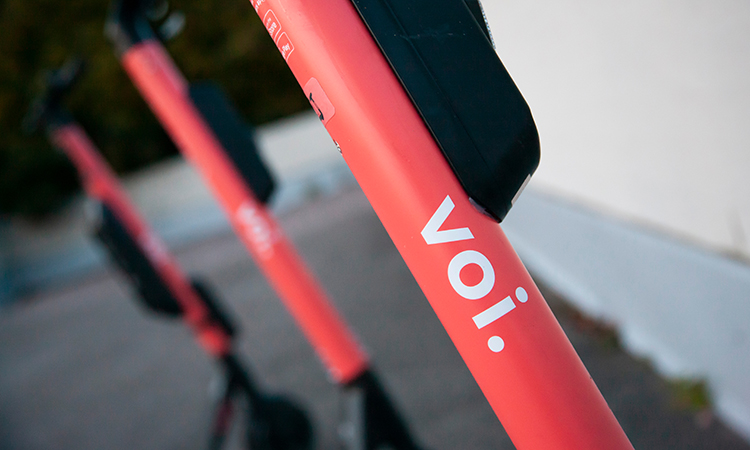 Voi, the UK e-scooter operator, has announced that it saw demand soar by 44 per cent over the course of 22 September to 24 September 2021 as the UK’s fuel crisis began to bite. People turned to micro-mobility – such as electric scooters and electric bikes – to travel to work as long queues began to develop at petrol stations, causing gridlock in many cities across the country.

In cities including Bristol, Birmingham and Liverpool, people have been leaving their cars at home and relying on Voi’s bright coral e-scooters to travel around. There has been an overall increase of 33 per cent in the number of rides from 06:00 to 09:00 on weekdays, with people using e-scooters to travel to and from work and university, as well as pick up groceries and run errands.

Across the UK, as many as 90 per cent of petrol retailers have said that their sites are running dry. High demand for fuel is predicted to continue into the beginning of October 2021, putting further pressure on supply chains to keep up with fuel deliveries. There are concerns that key workers, including NHS doctors and school teachers, will be unable to reach their workplace due to the current conditions.

Jack Samler, General Manager at Voi UK and Ireland, said: “The last few days have shown a significant spike in people wanting to try our e-scooters and have offered people a new alternative mode of transport, one that means that they are still able to work and travel when their car is off the road. In the long-term, we need to find alternative ways to get around that are better for the environment, and e-scooters can play a part in reducing car usage in dense, inner-city areas. This week’s events have at least opened many more people’s eyes to the role that e-scooters could play in the transport mix in future.”

Around 60 per cent of UK journeys for one to two miles are currently made by motor vehicle. In the 16 cities and towns where Voi operates its shared e-scooter schemes, the average distance travelled by e-scooter is around one to two miles, providing the perfect replacement for short car trips.

Since launching in the UK in September 2020, UK riders have taken over five million rides on Voi’s e-scooters, replacing over two million car trips and saving over 528,000 litres of gasoline from being burned. Voi is helping cities across the country to reach their net-zero targets and encourage people to make more sustainable choices in their daily routines.