Making parking spaces work for everyone, not just drivers

Matthew Pencharz, Head of Policy for UK, Ireland & the Netherlands at Voi Technology, considers the precedence that has been set across the globe for car parking spaces, and discusses how challenging this status quo in favour of micro-mobility and public transport can deliver a range of social and environmental benefits. 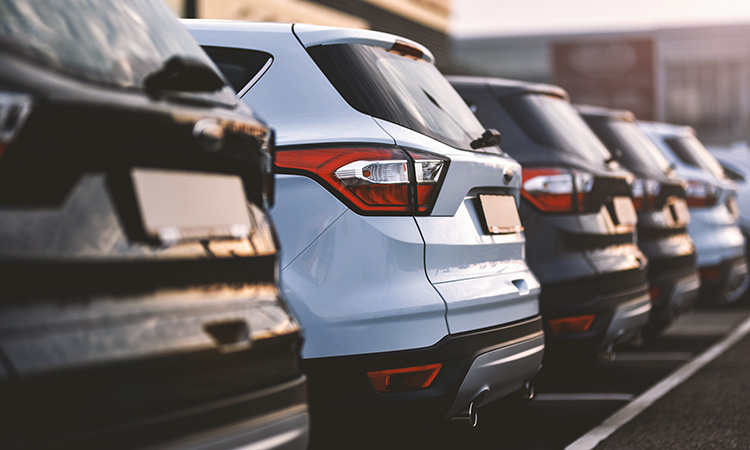 While fuel and how to get it has dominated UK conversation in recent weeks, Europe has a bigger and longer-term car problem. Or, rather, it has a car parking problem – because we devote too much space to cars.

In every city across the continent, hundreds of thousands of square kilometres of land has been flattened and covered in concrete to park underutilised hunks of metal – and we’ve just accepted it. We’ve accepted that, for a single building, three times the amount of space is given over to car parking. We’ve accepted that swathes of land outside of offices are full during the day but wastelands at night.

We’ve accepted that many cities have housing crises brought on by a lack of available land, costing our societies €195 billion per year1. We’ve accepted that, when you live in a city, you sacrifice green spaces and parks, with parking space robbing our children of places outside to play. We’ve even accepted that city residents are being harmed by the current high levels of air pollution, with our children the most affected.

What if we chose not to accept that cars and parking spaces are required in every city centre? What if we flipped the switch to micro-mobility?”

With electric vehicles (EVs) being pushed by governments as the preferred solution to carbon emissions and air pollution, the problem could get even worse. Those who have paid considerable sums to buy their new EV may now feel entitled to parking and more guilt-free trips, creating even more congestion. Not to mention the extra space required for the charging infrastructure involved, and the fact that electric cars produce a significant amount of particulate matter2 pollution from tyre and brake wear, meaning that they are far less environmentally friendly than we are commonly led to believe.

But, what if we chose not to accept that cars and parking spaces are required in every city centre? What if we flipped the switch to micro-mobility?

Cars occupy a disproportionate and unnecessary amount of space

Transport for London (TfL) data shows that parked vehicles across the capital take up well over 14 km2 (1,400 hectares) of space on our roads and streets – this is the equivalent of 10 Hyde Parks. There are over one million paid residents’ and short-stay parking spaces, taking up over 5,000km of kerbside space – not including uncontrolled kerb space that is free to park in at any time. To put this in perspective, this is roughly the distance from the UK to the U.S. across the Atlantic Ocean.

Across the board, up to 50 per cent of space in cities is just handed over to cars, yet freeing up just a fifth of this space would give rise to new homes, workplaces and green space”

In July, the UK’s RAC Foundation3 published a report that revealed that most cars are parked 23 hours out of every 24.

Across the board, up to 50 per cent of space in cities is just handed over to cars, yet freeing up just a fifth of this space would give rise to new homes, workplaces and green spaces without the need to materially impact how people get around.

Imagine a world where the main form of transport for those shorter journeys wasn’t a private car, but a bike or an e-scooter riding alongside effective and green public transport”

Imagine a world where the main form of transport for those shorter journeys wasn’t a private car, but a bike or an e-scooter riding alongside effective and green public transport. A single scooter occupies a tenth of the space that a car does when parked. This space-saving potential grows exponentially when the two modes of transport are on the move. What’s more, a single scooter that is part of a rental scheme can be used by up to 10 or 12 people a day, while most cars have only one, sometimes two, users a day.

Based on modal shift data/rides, we can calculate the metres-squared saved to date. For example, in the UK, we at Voi have freed up over 1.4 thousand metres-squared of urban space by enabling people to leave their car at home – or even getting rid of it completely – and ride an e-scooter or e-bike instead. If you then consider that the average city has between two and 3.3 car parking spots per car registered in the city, this means that, for each person that does not own or use a car, 41m² can be saved.

To put this into perspective: the amount of space freed up in the UK alone could create another Hyde Park. While using national space standards for housing, put forward by the UK government in 2015, reclaiming the space used by cars and giving it over to e-scooters means freeing enough land to deliver more than 32,400 new flats5, or almost 13,000 three-bed homes, which are capable of housing an average of five people.

And all of this is before you even factor in the huge environmental benefits that come from switching to e-scooters, other forms of micro-mobility and making better use of public transport. 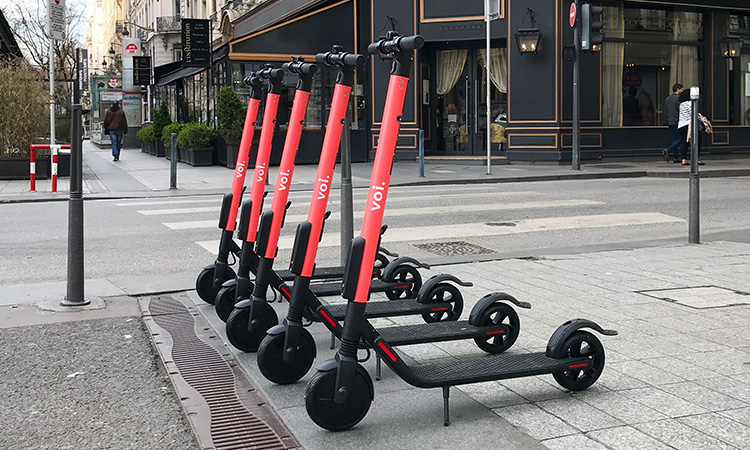 “Imagine a world where the main form of transport for those shorter journeys wasn’t a private car, but a bike or an e-scooter riding alongside effective and green public transport.”

Since 1990, Philadelphia in the U.S. has been conducting parking inventories every five years. Thanks to increases in transport options and more space given to walking, the amount of off-street parking in downtown Philadelphia has shrunk by about 3,000 spaces, or seven per cent. Instead of causing a decline in economic activity, this has seen employment and retail business increase.

Evidence shows that it is possible to flip the switch and change our lives and our cities. We don’t need to just accept the status quo”

Closer to home, Zurich placed a cap on parking back in 1996, putting in place a trading system that mandates that any developer proposing new parking spaces must remove the same equivalent-sized space from the city’s streets and dedicate it towards a public plaza. The result has been an increase in walking, cycling and public transport usage around the city. Elsewhere, Copenhagen has pedestrianised streets, and Paris has eliminated 15,000 on-street parking spaces (and counting).

Evidence shows that it is possible to flip the switch and change our lives and our cities. We don’t need to just accept the status quo and, in 70 cities across Europe, people are changing the way that they travel daily by taking a Voi shared e-scooter. We also know that e-scooters are just one part of the solution and, by releasing space currently given to cars, it helps other forms of sustainable mobility take centre stage – we’ll walk more, we’ll feel safer when cycling and public transport will be given the opportunity to be used to its full potential.

We can reclaim our space, improve our air quality and reshape our cities.

Matthew Pencharz is Head of Policy for UK, Ireland and the Netherlands for Voi Technology, Europe’s largest shared micro-mobility operator, with schemes in 17 towns and cities in the UK. Previously, he served as Deputy Mayor of London for Environment & Energy under Boris Johnson, where he led the Greater London Authority’s (GLA) environment, energy and sustainability work. Pencharz has also consulted to companies delivering solutions to the environmental issues that he faced while Deputy Mayor. 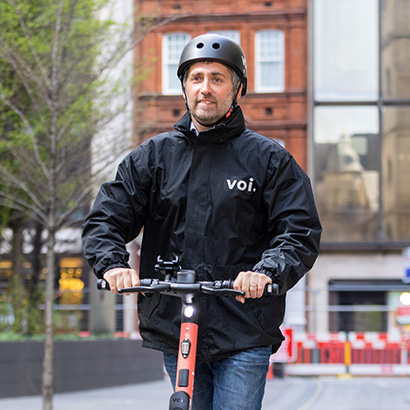