In order to incentivise passenger return to Britain’s buses post-pandemic, Stagecoach has submitted a six-point plan with a raft of policy proposals to the UK government for consideration ahead of the Spending Review in October 2021. 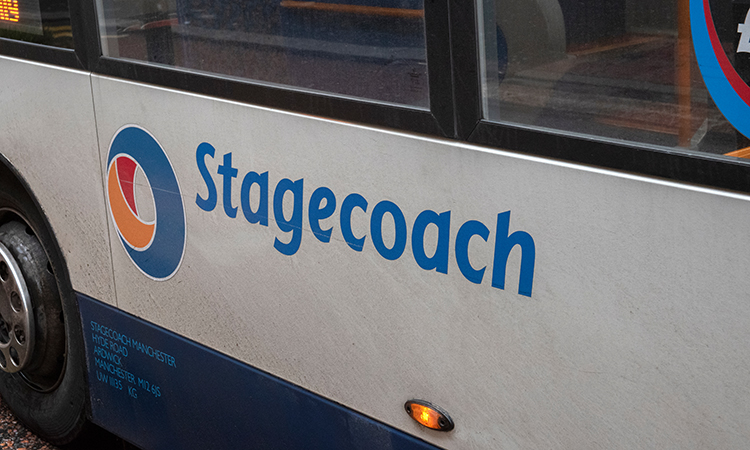 UK bus and coach operator Stagecoach has called on the UK government to use the forthcoming Spending Review to put in place a stimulus package to incentivise a return to Britain’s buses to help to drive regional economies and deliver on the country’s net zero ambitions.

The operator has submitted a six-point plan with a raft of policy proposals in advance of the Spending Review on 27 October 2021 to get Britain back on-board the bus as it looks to live with the remaining impact of the COVID-19 pandemic.

Stagecoach policy proposals include tax incentives, discounted fares and a national bus marketing campaign to match the recently launched advertising push to attract consumers back to trains. The company has also called for a reform of motoring tax and a clear government roadmap for investment to support the decarbonisation of the bus sector and to deliver 4,000 new promised electric buses in England.

The impact of the pandemic

Latest Department for Transport (DfT) data shows that, while car use has surged to as high as 111 per cent of pre-pandemic levels, bringing both growing road congestion and pollution, bus use in both London and regions across the country has lagged behind.

Martin Griffiths, Stagecoach’s Chief Executive, said: “Bus networks are the arteries behind the social and economic heartbeat of Britain’s towns and cities. They are also central to delivering on the country’s net zero ambitions and creating healthier, more connected communities. Government messaging during 18 months of the pandemic has negatively impacted public perceptions of public transport and is holding back Britain’s buses. We need urgent government action and innovative policies to support the efforts of operators to re-boot bus use and unlock their power to kick-start the country’s recovery from the pandemic.”

Stagecoach has proposed a package of policy interventions to kick-start the country’s town and city centres; boost health and wellbeing; and help to deliver stretching government targets to reach net zero by 2050. The plans – published as local authorities face a deadline of 31 October 2021 to publish detailed plans to improve bus services under the government’s National Bus Strategy for England – include:

A ‘Back to Bus’ marketing campaign

Ajoint bus sector and government campaign to reaffirm the safety of the country’s bus network and counteract the negative impact of health messaging during the pandemic. This would be fronted by senior government ministers and also leverage the significant communications resources in mayoral and other local authorities.

An initiative to incentivise the purchase of monthly and annual travel cards through a salary sacrifice scheme administered by employers. Similar to the TaxSaver scheme in Ireland, it would support particularly those in lower-paid employment with the costs of travel for work whilst reducing single occupancy car journeys.

Stagecoach funds the UK’s only national discounted bus travel scheme for jobseekers, offering a 50 per cent discount to help individuals find work. Trips under the scheme, the only one to date in the country, have increased by 115 per cent since May 2021. This approach could be extended on a national basis, with appropriate support, including potentially to all Universal Credit claimants.

The National Bus Strategy is targeting lower bus fares, but current funding for these will not be available until April 2022. Fast-track funding for local authorities to support pilot projects from January 2022 would help to deliver an earlier boost to bus use and identify the most efficient approach to delivering better value fares. It would also build on Stagecoach initiatives, including a pilot of flexible season tickets and simpler fares.

A government-backed time-limited bus fare reduction scheme in December 2021 over the festive period would help to rebuild bus use and support local high streets in the critical Christmas retail period.

Providing financial incentives to motorists to scrap older diesel cars in return for credits to spend on sustainable transport options, including buses. The initiative has been championed by Stagecoach and its partners at the Urban Mobility Partnership and a pilot scheme approved for Coventry. Further schemes should be introduced to support modal shift, rather than just replacing diesel vehicles with electric cars. This would also complement the £9 million air quality grants announced for English local authorities for 2021-22.

The Stagecoach submission also urges the UK government to consider wider reform of motoring taxation to encourage a shift to more sustainable bus travel, with the decarbonisation of road transport expected to have a significant impact on future tax receipts from fuel duty. Moving to a pay-per-mile form of taxation for private cars, with appropriate mitigations, would increase awareness of the true cost of motoring and support a shift to available public transport or active travel alternatives.

Griffiths added: “Governments of all colours have for too long shied away from tackling the critical issue of growing and unsustainable car use. Current taxation policy is out of step with the strategy to deliver net zero. It has effectively made motoring cheaper, while the road congestion it causes has increased air pollution, accelerated the climate emergency and damaged public transport networks by making services more costly and less reliable. With the shift to electric vehicles, the country is also facing a significant black hole in public finances from declining fuel tax revenues. A new pay-per-mile regime for private cars, with measures to protect less well-connected rural areas and combined with other incentives, would help to drive a return to public transport and more sustainable communities.”

Stagecoach is also backing a joint appeal by bus operators, manufacturers, transport authorities and trade unions for the UK government to use the Spending Review to set out a clear timeline for the planning and introduction of 4,000 zero emission buses by the end of the current Parliament.

A letter to Transport Secretary Grant Shapps in early September 2021 called for an accelerated timeline and more efficient funding mechanisms to maximise government investment; allow the sector to plan the resources and skills required for the transition; and deliver new jobs and a world-class sector.