The two bus operators could merge in a deal which would see them control a fleet of 36,000 vehicles operating in the UK as well as in Europe, in a bid to reduce running costs. 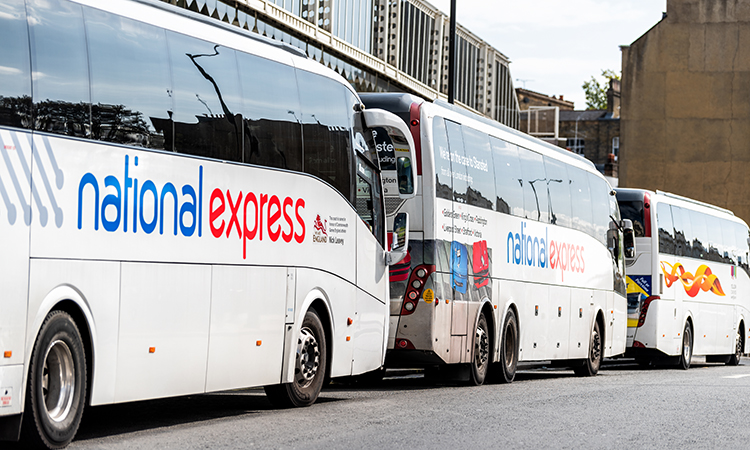 National Express is in talks to buy UK bus operator Stagecoach, in a deal which would see the merged company control a fleet of 36,000 vehicles operating in the UK and Europe.

According to The Financial Times, Stagecoach shareholders would receive 0.36 new National Express share for every Stagecoach share they own, handing them ownership around 25 per cent of the combined company. The deal would value Stagecoach at £445 million, which is an increase of 18 per cent on the closing price of its shares on Monday 20 September 2021.

Both operators have found life tough over the past 18 months since the onset of the COVID-19 pandemic, with many theorising that the merger could be a way of cost-saving for both firms.

Stagecoach, the biggest bus operator in the UK, runs services in Greater London, Scotland, Manchester and Sheffield, and owns a fleet of 8,400 buses. National Express, on the other hand, runs long-distance bus services in the UK as well as in Spain – though it should also be said that Stagecoach owns rival Megabus, which offers low fare travel between some of the UK’s biggest cities.

National Express is, according to the Financial Times, valued at around £1.5 billion, though shares took a nosedive at the onset of the pandemic in March 2020. Though share prices have recovered since then, they have yet to hit the heights of January 2020. Mergers could become a more common sight in the bus sector, as operators look to consolidate and attempt to recoup some of the devastating losses taken on by the pandemic.

Under the deal, Stagecoach chair Ray O’Toole would reportedly be chair of the new combined group, with National Express Chief Executive Ignacio Garat staying as boss.

The deal is not yet a done deal, however. Even if both firms come to an agreement, the merger would have to be granted clearance from the Competition and Markets Authority – the UK body which seeks to maintain business competition and prevent monopolisation.