Among the plans to improve the city’s bus network is an increased rollout of Transit Signal Priority and 20 additional miles of bus lanes to speed up journey times. 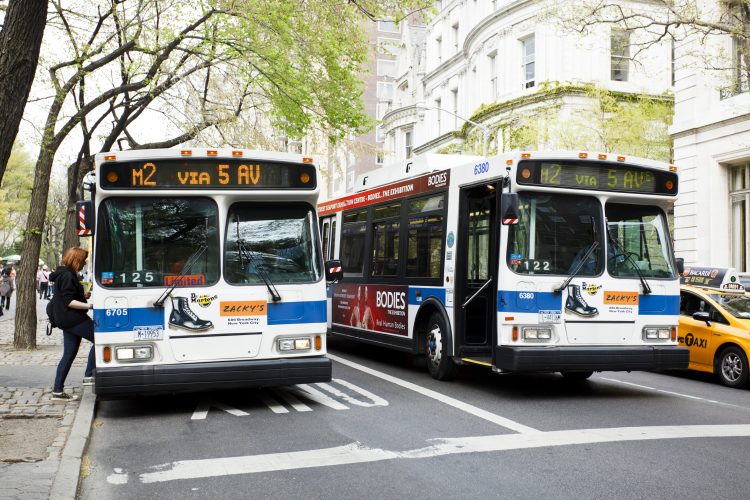 “We carry more people on our buses than the next four largest systems in America combined, and for entire neighbourhoods across the city – including many disadvantaged communities and communities of colour —  our buses are the only mass transit option to get to work, to get to school and to access all the opportunities New York has to offer,” said Acting MTA Chair and CEO Janno Lieber.

“Our goal today and every day is to provide bus service for our customers that is faster, more reliable and more accessible. This package of initiatives, including more bus lanes, more busways, better bus lane enforcement, and better accessibility at bus stops, delivers on that promise.”

Starting in 2022, NYCDOT will embark on major projects to add or improve 20 miles of bus lanes, including up to five new busway pilots. These projects, developed over the next several months in coordination with the MTA, will be designed to serve bus riders in critical areas of the city.

The MTA and NYCDOT will also expand Transit Signal Priority (TSP) to up to 750 additional intersections throughout the city in 2022. TSP helps buses spend less time at red lights by allowing buses approaching an intersection to get a shortened red light or an extended green light in real-time.

The MTA partnered with NYCDOT to install this technology at more than 1,700 intersections throughout the city since 2012, and the pace of installation has grown substantially despite the pandemic. In partnership with the MTA, NYCDOT added 648 intersections with TSP in 2020. New activations occurred in all five boroughs including more than 120 intersections along the B82 SBS route in southern Brooklyn. This year, more than 300 intersections have already been brought online. 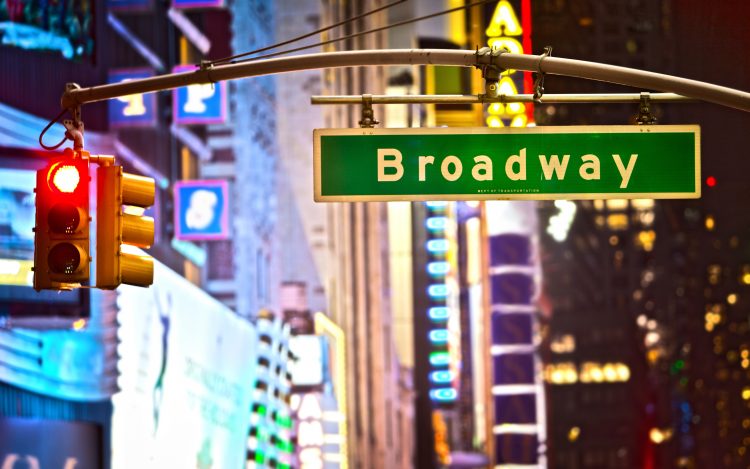 Under the plans, buses would have to stop at red signals for a shorter amount of time

A complete overhaul of the network itself also looks to be on the cards, as the MTA says it will restart its Bus Network Redesign programme this autumn, beginning with the resumption of the Bronx local bus redesign that will be implemented next summer.

The MTA will monitor emerging ridership patterns and incorporate these patterns in its upcoming redesign to better match bus service with current and future travel demands. Public outreach is expected to begin as early this fall. The MTA will coordinate redesign plans with NYCDOT to ensure that the redesigned networks have the needed bus priority.

“DOT is proud of the strong working partnership we have developed with the MTA, especially around buses, where we have already worked cooperatively and productively on dozens of routes, improving trips for a majority of the system’s two million daily bus commuters,” said New York City DOT Commissioner Hank Gutman.

“MTA’s commitment to redesigning the bus network, piloting all-door boarding on local bus routes and boldly expanding bus lane enforcement are transformative changes that complement our own planned expansion of bus lanes and busways. We look forward to starting this joint and reinvigorated effort right here in the Bronx.”

There are also plans to improve accessibility on the network too. Though the entire MTA bus fleet is Americans with Disabilities Act accessible, the operator says it expects to put more than 800 new buses, approximately 17 per cent of its local fleet, into service with more flexible seating options in the priority and courtesy seating area designed to accommodate diverse customer needs.

The buses will feature three new, single seats indicated by decals that will be able to flip up to accommodate customers with walkers, folded strollers, and other belongings. Two are single aisle-facing seats on the bus operator’s side and one is a forward-facing seat on the curb side. The new buses will also feature wider doors and ramps designed to make it easier to enter and exit the bus.

“A vital part of our recovery is building back with a reliable bus system that benefits all New Yorkers,” said Quemuel Arroyo, MTA Chief Accessibility Officer.

“We realise the importance in making a bus network that is as equitable as it is reliable. The onboard seating improvements and enhancements coming to bus stops are a step in the right direction.”

Transport for the North report reinforces importance of transport links

Electrification is here to stay – and so are the workers