The MTA has announced the return of its Access-A-Ride service as it registers yet another day of record breaking pandemic-era ridership. 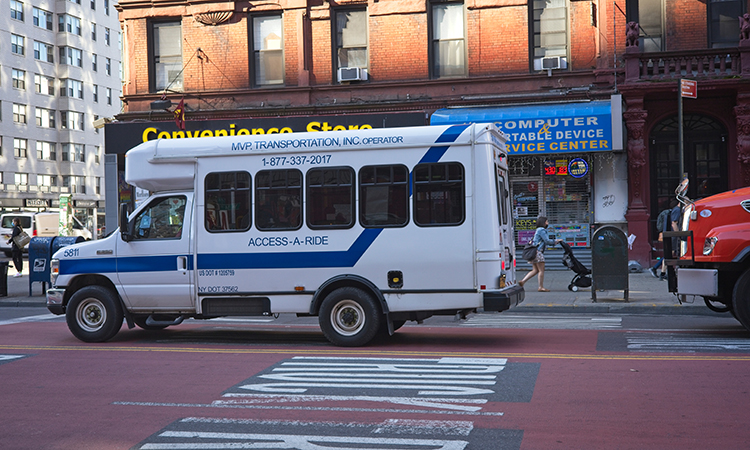 The Metropolitan Transportation Authority (MTA) has announced that in accordance with public health guidelines, Access-A-Ride, New York City Transit’s paratransit service for eligible New Yorkers, will resume shared ride service on Tuesday, 6 July, after it the service had been suspended last March.

Shared rides are rides that include multiple customers with similar origins and destinations. Customers – regardless of whether they are traveling with a personal care attendant – will also again be able to travel with guests, in addition to their personal care attendant. The MTA says additional guests will be accommodated on a space-available basis.

“We will continue to provide safe and accessible transportation for paratransit customers who rely on these services for all their travel needs,” said Craig Cipriano, President of the MTA Bus Company and Senior Vice President of the Department of Buses for MTA New York City Transit, which manages the Access-A-Ride program.

“We take very seriously the need for customers to be picked up promptly and reach their destination on time, and we will continue to monitor our operations closely. As always, we welcome comments and feedback from our riders.”

The move comes as the MTA announced yet another pandemic-era record breaking day on the city’s subway and Long Island Rail Road (LIRR) network. The authority says 2.59 million people rode the subway last Friday (25 June), with a fellow 126,700 taking the LIRR.

“If there was anyone who wondered what a sustained comeback in subway ridership looks like, we are seeing that clearly every week.”

Prior to the pandemic, average weekday ridership totals routinely exceeded 5.5 million in the subway system. That figure fell by 95 per cent to a low of roughly 300,000 daily trips last April as the number of COVID-19 cases peaked in the New York City area. The recent sustained increase in riders will perhaps inspire hope among public transport authorities around the world that a return pre-pandemic ridership figures is coming.