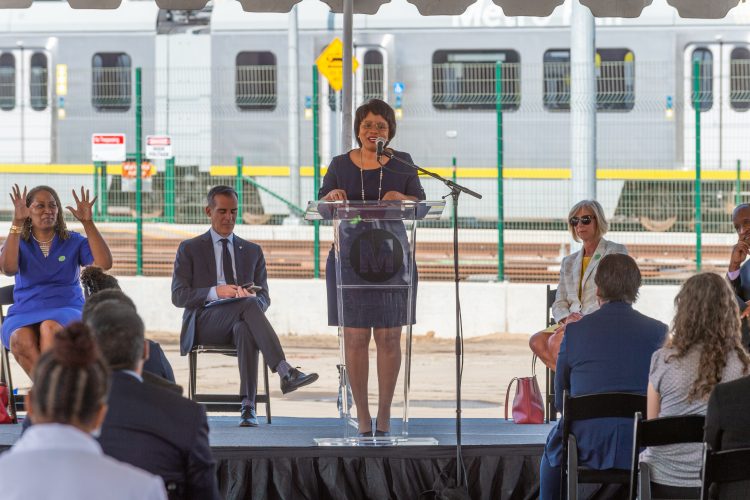 The Airport Metro Connector Project (AMC) is the ninth station along the Crenshaw/LAX Line currently under construction and will connect directly with the Los Angeles World Airports (LAWA) Automated People Mover project — presently being built — that connects directly with the airport passenger terminals.

“Everyone traveling to or from LAX should have access to modern, reliable public transportation that gets them to their destination on time,” said Los Angeles Mayor and Metro Board Chair Eric Garcetti.

“The Airport Metro Connector is a historic step toward reimagining how travellers experience our airport — a turning point that will be a source of jobs and economic growth, reduce congestion, and help our airport realize its potential as a world-class gateway to Los Angeles.”

“This is an exciting project that will serve as the ‘Gateway’ to LAX for future generations — just as LAX has long served as the gateway to Southern California for so many millions of people,” said Metro CEO Stephanie Wiggins.

“The AMC station will also provide multiple connections to the Metro system and will help airport-area employees and travellers easily get to wherever they need to go in our region.”