LA Metro has approved contracts for two significant rail projects in the city, as it looks to relieve congestion on the much maligned I-405 freeway which bypasses the city. 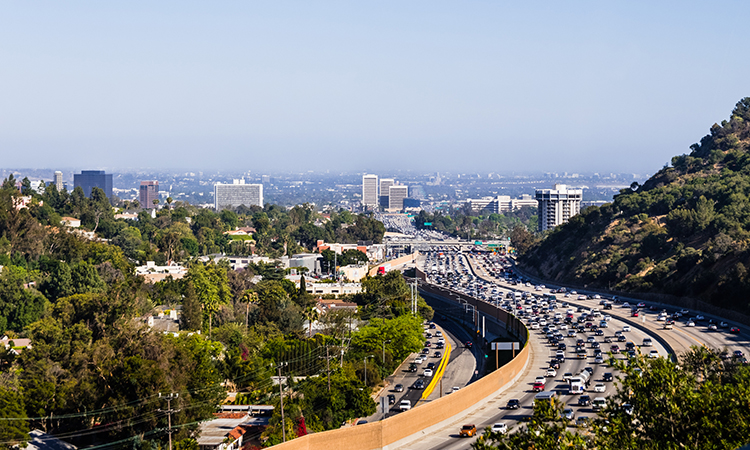 The Los Angeles County Metropolitan Transportation Authority (Metro) Board of Directors has approved contracts with two private sector teams for Pre-Development work on the Sepulveda Transit Corridor Project, in what the authority has called a first-of-its-kind public-private model.

This project is planned to connect the San Fernando Valley with the Westside and eventually Los Angeles International Airport (LAX) via a high-speed, high-capacity transit line, connecting two busy destinations for residents and workers. The primary travel option for most people currently is driving the I-405 freeway through the Sepulveda Pass, a choke point that Metro claims is one of the nation’s most congested roadways.

Sepulveda Transit Corridor Partners – Bechtel was awarded a $69.9-million contract to further develop its proposed rail transit solution concept. More than 60 per cent of the proposed concept would travel underground, with the remainder of the line traveling primarily in an aerial section.  A Valley-to-Westside trip would take just under 20 minutes according to the team’s proposal.  The team’s estimated costs for constructing this proposed solution is $10.8 billion.

Now that the contracts have been approved, LA Metro plans to begin the environmental review process this Autumn, where concept designs for these and other alternatives will be advanced and/or refined through extensive, ongoing public feedback and technical investigation and analysis.

“With the Board’s action today, we have reached a significant milestone in our efforts to envision, design, and develop the United States’ first Pre-Development Agreement specifically for a public transit initiative,” said Metro CEO Phillip A. Washington.

“As we work diligently to create a world-class transportation system here in the Los Angeles region, we will also be creating a new market for infrastructure innovation that can potentially help us build the most challenging project LA Metro will ever tackle.”

The authority says Pre-Development Agreements (PDAs) enable early contractor involvement in Metro’s transit project and increase the likelihood that the project can be built via a public-private partnership that allows for innovations in design, engineering, construction approach, financing and operations. It’s hoped that early public-private collaboration will enhance the chances of success for the projects, as both parties can input on what is required of the new rail concepts, as well as what is feasible.

The Sepulveda Transit Corridor Project is funded in part by Measure M, the transportation sales tax approved by Los Angeles County voters in 2016. According to LA Metro, the total project will receive $9.5 billion in funding from Measure M and other local, state and federal sources.