TfL says it will introduce further education to both transport staff and schoolchildren on how to deal with hate crime, and has launched a poster campaign on the UK capital’s transport network to highlight the issue. 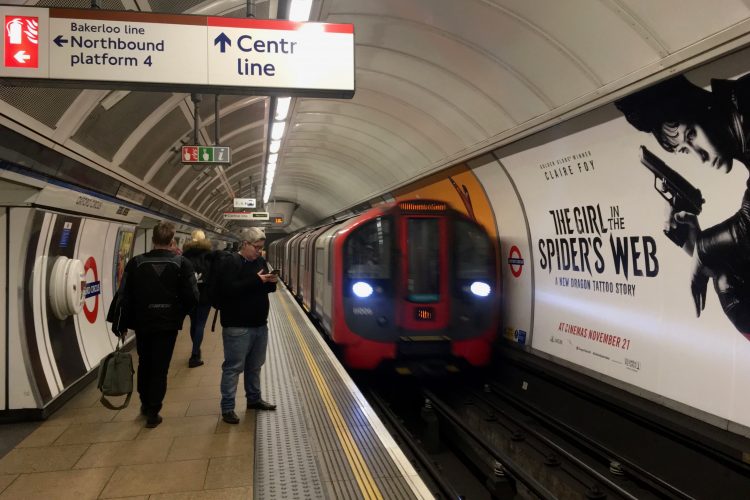 Transport for London (TfL) has this week announced a series of measures it is putting in place to continue to improve how it tackles hate crime on London’s transport network, in a bid to make public transport a more welcoming and safer place for everyone as people return to the network. This follows several months engaging with community groups and TfL’s frontline staff to better understand lived experiences and concerns about hate crime on the transport network.

In 2019, TfL says more than 2,760 hate crimes were reported to the police but the real figure is thought to be higher. The authority says that engagement over the past six months with a range of community groups, including Covid-19 Anti-Racism Group, Shomrim, and Tell MAMA, has shown that more needs to be done to communicate with, and inform passengers and staff about hate crime, and to show solidarity and support to victims.

As a result, customers travelling on public transport will see TfL’s new campaign focused on tackling abuse on the network. Posters are displayed across the network encouraging customers and staff to stand in solidarity against hate and abusive behaviour. Messages include “London stands together against abuse on our transport network”, “we won’t tolerate hate crime”, “we won’t stand for abuse of TfL Staff” and “we won’t accept drunken abuse of TfL Staff”.

From early 2022, TfL says new Diversity and Inclusion training for all new bus drivers will include a module specifically about dealing with hate crime. The training will be developed in consultation with London based community groups to tackle hate crime. Additionally, updated guidance on how to report and support victims of hate crime is being issued to all bus drivers.

TfL’s STARS programme is also introducing a new educational exercise for London’s secondary schools which explores the impact of hate crime and encourages pupils to share the solidarity message that hate crime will not be tolerated.

“There is no place for hate crime of any kind in our city and everyone deserves the right to use our transport network without fear of abuse, including TfL staff,” said Heidi Alexander, Deputy Mayor of London for Transport.

“This new campaign, combined with a range of enhanced measures to improve training and education, has been developed with community groups and the police to tackle the issue head-on and clearly demonstrate that hate crimes will not be tolerated.”

“London is one of the most diverse cities in the world, with a long tradition of openness towards people of all faiths, nationalities and backgrounds,” added Siwan Hayward, Director of Compliance, Policing Operations and Security.

“Tackling abuse and hate crime on our network is a priority for us and we’re proud to be working with the communities we serve and the police to take action, protect our customers and staff, and provide support to victims.  My message to all those who use and work on the transport network is clear – abuse will not be tolerated, report anything that makes you feel uncomfortable, and let’s all stand together against hate.”