The MBTA will commit to funding the Transit Priority Group for another year, as it looks to improve bus travel in Boston through bus lanes and signal priority. 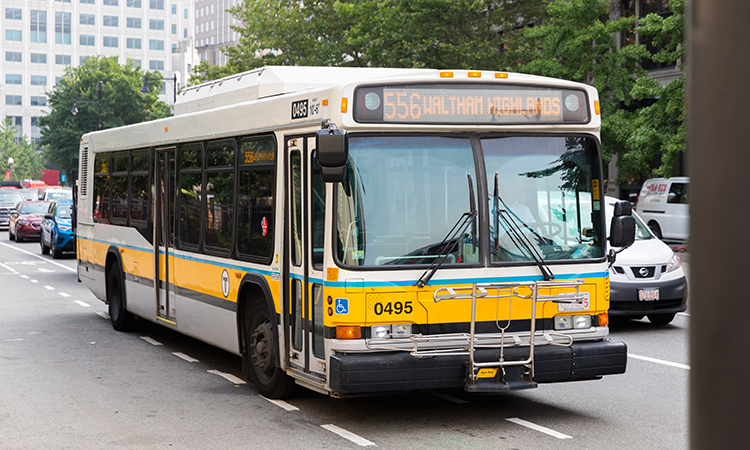 The four-person team has, according to the MBTA, “dramatically accelerated the MBTA’s planning and project delivery capacity for bus priority projects, which are proven to make transit faster and more reliable.”

“In the last few years, the MBTA’s bus priority network has gone from a couple streets along the Silver Line to a robust web of corridors spanning ten cities and towns across our service area. These targeted improvements, which are aimed at making bus service more reliable on some of the region’s most congested roadways, are a key component of the MBTA’s Better Bus Project, a broad-ranging, multi-year initiative aimed at transforming our bus system,” said MBTA General Manager Steve Poftak.

Since the Transit Priority Group’s launch in 2019, 13.6 miles of bus lanes have been constructed on Metro Boston roadways, bringing the total region-wide network to nearly 20 miles. The MBTA says these reliability benefits have had a far-reaching impact. While 3 per cent of passenger miles travelled are in bus lanes, reliability benefits extend to 41 per cent of passenger miles travelled systemwide the authority claims.

“A decade ago, rapid, reliable, high-quality bus service was something few in Metro Boston had even heard of or believed was possible here. Now, it’s becoming a reality with potential to improve the transit experience for thousands of bus riders every day,” said Lisa Jacobson, Senior Program Officer at the Barr Foundation which helps fund the Transit Priority group.

“The Barr Foundation was pleased to help launch the Transit Priority Group at the MBTA to bring world-leading ideas to help solve congestion, access, and climate challenges in our communities.”

Among other projects, the group has helped to construct first-of-its-kind transit facility in Metro Boston in the form of a centre-running bus lane project currently under construction on Columbus Avenue in Roxbury and Jamaica Plain. The MBTA says the group is also working with the Massachusetts Department of Transportation (MassDOT) and six different municipalities to deliver 10 Shared Streets and Spaces and Shared Winter Streets and Spaces projects.

In the next several months, the MBTA says the Transit Priority Group will work closely with four municipalities to deliver more than four miles of bus lanes, standardise the preferred design approaches through a bus speed and reliability toolkit, and kick off a regional collaboration to define the next generation of TSP for Metro Boston.