The autonomous shuttles will run on a 1.6km route connecting the local train station to the premises of companies in Saint-Quentin-en-Yvelines. 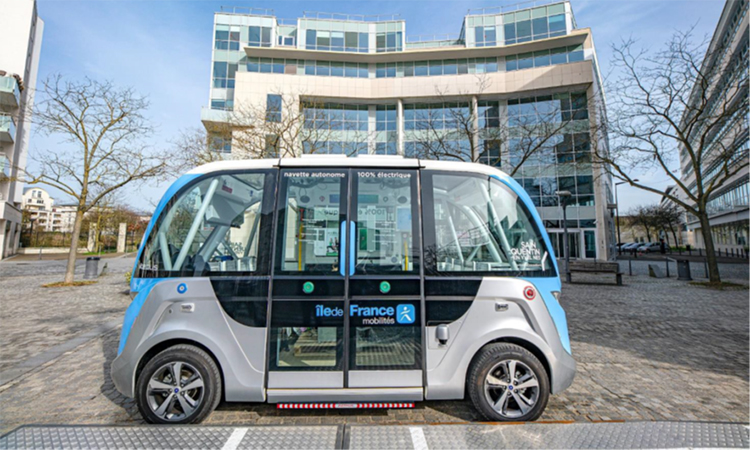 The shuttles can carry up to 11 people at a time Credit: Ile-de-France Mobilites

More driverless vehicles are set to be trialled in France, as a fleet of three autonomous shuttles to be operated by Keolis on behalf of Ile-de-France Mobilités (IDFM) are to be tested within the Saint-Quentin-en-Yvelines region near Versailles, just outside Paris.

The three Autonom shuttles, made by driverless technology specialist Navya, will run along a 1.6 km route on an open road, in complete interaction with other road users. The route includes four stops, linking the Saint-Quentin-en-Yvelines/Montigny-le-Bretonneux train station to a suburban area where several companies are located.

With €2.4 million in funding from Île-de-France Mobilités, the shuttles will run every eight minutes during rush hour, Monday to Friday, from 7.30 am to 8 pm. The shuttles will be tested in heavy traffic and, as part of this experiment, users will be able to take advanatge of the service free of charge.

The project is being run by Ile-de-France Mobilités in association with the city of Saint-Quentin-en-Yvelines. It will be operated by Keolis and will run until at least June 2022. Those behind the programme say it is the first deployment of autonomous shuttles on public roads with a service level commitment, which demonstrates a further step towards the larger-scale integration of autonomous shuttles in daily public transport services.

“I would like to thank all the partners involved in this project, which marks a new step in the integration of autonomous shuttles within an existing public transport network,” said Etienne Hermite, CEO of Navya.

“Navya is proud to support Keolis on this project which perfectly illustrates the added value of an autonomous mobility service dedicated to the first/last mile. I am convinced that new experiments similar to the one in Saint-Quentin-en-Yvelines will be conducted over the coming months, redesigning tomorrow’s transport models for the benefit of local authorities”.