Robotaxis launched in Guangzhou as part of new MaaS platform

The Chinese city of Guangzhou will deploy autonomous taxis as part of a new MaaS platform during this year’s Chinese New Years festivities. 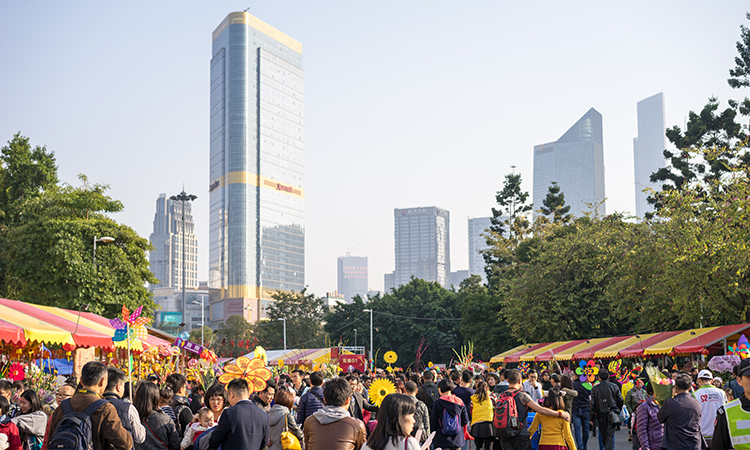 Guangzhou’s Huangpu District Government has rolled out a multi-modal autonomous driving MaaS (mobility as a service) platform that will provide AI-driven city transportation services in the city.

Utilising a fleet of Apollo Robotaxis and Robobuses along with three other model types of autonomous vehicles, this initiative will allow local users to order smart transport services on demand, starting in the Chinese New Year holiday period.

Comprising of over 40 autonomous vehicles, the collective fleet has deployed five different model types – Robotaxi, Robobus, Apolong, Apollocop and New Species Vehicle – to begin comprehensively serving the city during what is a very busy holiday period.

Citizens will be able to make reservations on the Baidu Maps and Apollo Go mobile apps for the new autonomous vehicles. With the ability to cover a variety of usage scenarios, the local government will be hoping this MaaS platform ecosystem can meet the diverse needs of many citizens during their holiday sightseeing, shopping and celebratory outings.

To facilitate this, Baidu Apollo has established over 50 Robotaxi pickup stations in the district, providing users with easy access to Chinese New Year festival sites using autonomous vehicles. Simultaneously, autonomous vehicles will also be patrolling Guangzhou’s streets, tasked with cleaning and disinfection. Apolong minibuses and Baidu Robobuses will shuttle eager sightseers to the flower blossoms around scenic parks and lakes, while the government says Apollocop vehicles will patrol the main roads near key areas.

Alongside the fleet of autonomous vehicles is a network consisting of AI roadside infrastructure and cloud platform. Baidu says real-time signal light information such as stoplight countdowns, traffic event alerts and intersection queue length are broadcasted on both the interactive monitors embedded in Robobus or Robotaxi cabins as well as the exterior screens fixed on the rear of Robobuses.

Going forward, Baidu says it will continue conducting regular trials by deploying more than 100 Robotaxis and establishing almost 1,000 pickup stations in Guangzhou’s Huangpu District. According to the technology firm, this will allow local citizens to continue utilising autonomous driving services in their daily lives, similar to other autonomous taxi programs implemented in Beijing, Changsha, Cangzhou and other areas of China.