With more than 330 new trains expected in 2021, Moscow is continuing to replace its ageing fleet with new trains, as it looks to modernise the 86 year-old network. 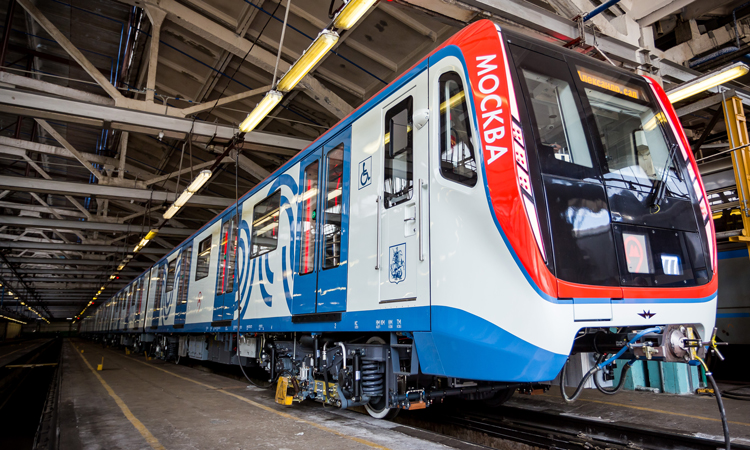 Moscow Metro is continuing to renew its rolling stock, as it look to introduce new trains to the network in the near future to bring down the average age of its fleet.

According to Moscow’s Deputy Mayor for Transport Maxim Liksutov, the renewal of the Metro’s fleet has reduced the average age of trains from 22.5 years in 2010 to 15 years today. He also claimed that that Moscow Metro is the global leader in terms of how quickly it is renewing its rolling stock.

“This year, we plan to update all the trains on the Circle Line. In total, we will receive 337 new Moskva-2020 cars or 44 trains. 105 of them will operate on the Circle Line, the remaining 232 will be distributed between Lines 6 and 11,” said Deputy Mayor Liksutov.

Moscow procures its trains within so called Life Cycle Contracts, which means that the manufacturer is responsible for both supply and maintenance for 30 years. The operator says that this model has not only improved the quality of service, but has also enabled it to save on expenditure by around 15 per cent. In fact since 2014, Moscow Metro claims it has saved 4.5 billion roubles thanks to the Life Cycle Contracts.

In 2020, Metro passengers downloaded more than 24 petabytes of data via Wi-Fi which amounts to 5.6 million films in high quality, which perhaps suggests that fast, reliable Wi-Fi is a service that other big metro networks around the world may have to think about in the near future.