An extension to Kolkata’s metro system will connect the northern suburb of Dakshineswar to the city centre. 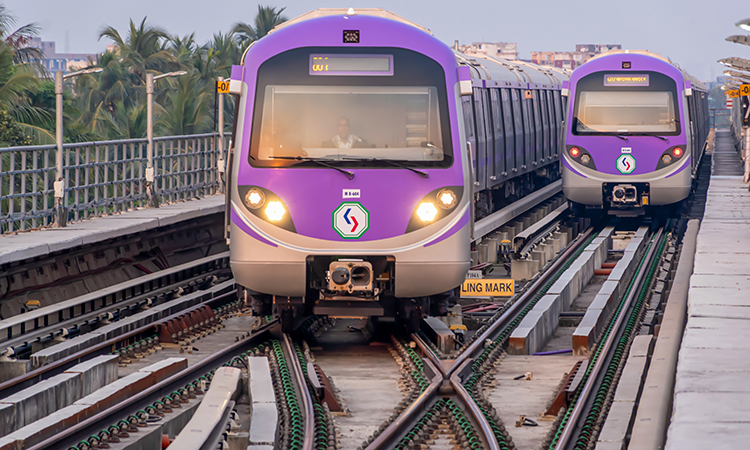 Prime Minister of India Narendra Modi will today inaugurate a new stretch of the Kolkata metro, which will provide a link between the northern suburb of Dakshineswar with the city centre.

The 4.1km extension from Noapara (the former terminus of the so-called North-South line) to Dakshineswar will connect thousands of commuters to the city centre every day, with services running every six minutes from the new northern terminus of Line 1.

Prime Minister Modi will ceremonially flag off a train leaving Noapara station to the newly completed halt at Dakshineswar. Despite this, services are not scheduled to properly start until the morning of Tuesday 23 February.

Aside form connecting thousands of commuters with Kolkata’s centre every day, it’s hoped the new extension will provide a viable transport solution for worshippers visiting the Dakshineswar Kali Temple, one of the city’s holiest and most famous sites. As The Hindu reported, the connection will become a “fast and pollution free” travel mode for visitors to the temple and could reduce congestion in the vicinity.

The Kolkata Metro has two lines, an East-West corridor and the aforementioned North-South line. The southern terminus of Line 1 is Kavi Subhash, which will be reachable from Dakshineswar in just over an hour according to metro officials.

Further extensions to the network are currently under construction, including a line westward towards Biman Bandar, which would serve the city’s international airport and is expected to be opened later this year.

An entirely new line, named Line 3, is also under construction and is expected to be opened in part later this year. Eventually, the line will run from Diamond Park in south to Esplanade in the north, a total of just over 14 kilometres.  The project has been hit by many delays over the past few years, but there is hope that at least part of the line ill be open to passengers later this year.

How traffic management data is shaping the future of our cities