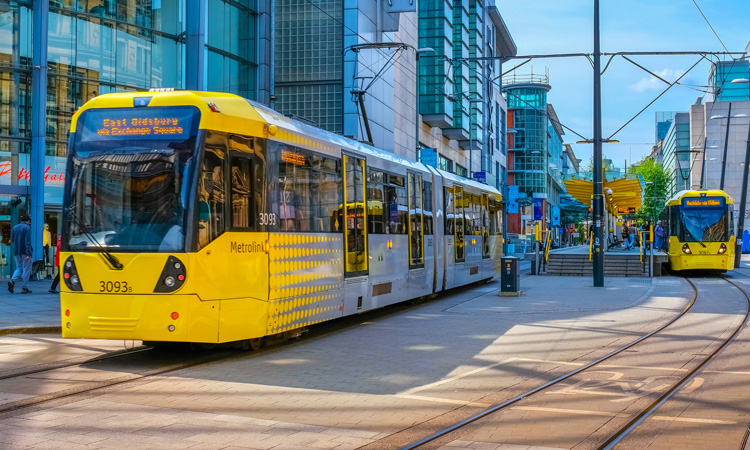 Manchester's Metrolink is operated by Keolis

Alongside a suite of newly published plans for transport across the city region, the £69.5 million Transforming Cities Fund 2 proposals will, according GMCA, help to better connect communities, open up opportunities, revitalise town centres and local economies whilst making neighbourhoods cleaner, greener and healthier. The funding will also help support the city-region’s social and economic recovery from the Covid-19 pandemic.

This allocation follows the initial Transforming Cities Fund of £243m made available in March 2018, which was used to fund projects including £160m for walking and cycling infrastructure as part of the Bee Network, and £83m for 27 new Metrolink trams to boost network capacity.

“Throughout the pandemic public transport has been critical in ensuring we could all continue to access essential shops and services and for our key workers to get to their jobs. As we look forward to our recovery, I am determined to speed up the delivery on a world-class, integrated public transport system in Greater Manchester,” said Andy Burnham, Mayor of Greater Manchester.

“This package of improvements is designed to do just that and lay further foundations for Our Network vision for public transport.

“It will bring new services to communities with some of the poorest links, as well as improving access for people where it is most needed, including developing quality bus routes between our town centres, establishing the business case for more Metrolink stops and expanding our electric vehicle charging network.

“So this should not just be seen as building better infrastructure; this is about providing our residents with wider opportunities, access to jobs, skill and education, reducing social isolation and building stronger and better-connected communities where people want to live and are able to thrive,” he added.