The General office of the State Council of China has expressed a desire for better legislation around UAV development, with legal framework set to be drafted to regulate the industry. 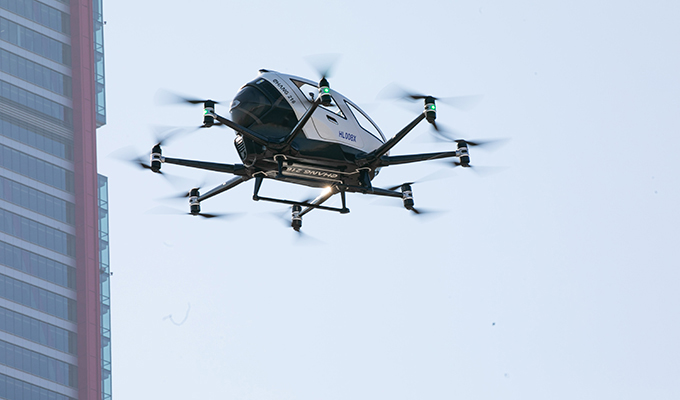 The General Office of the State Council of China has issued a circular proposing that the development of urban air mobility (UAM) should be  accelerated in the country. According to autonomous aerial vehicle developer EHang, the letter urges the development of policies and standards which it hopes will regulate the industry and encourage progress.

The circular also emphasises the need to speed up the legislative process and finalise the drafting into law of the Interim Measures for Flights Administration of Unmanned Aerial Vehicles (UAVs) – legal framework which will govern how the vehicles are used in China.

Interestingly, the State Council’s circular also highlighted the potential application of firefighting UAVs. It calls for establishing industrial standards and regulations to facilitate technological innovations that will promote industrial and practical applications of UAVs in aerial firefighting use cases.

EHang’s Founder, Chairman and CEO, Huazhi Hu was pleased that the State Council has taken steps to promote UAM growth in China: “This circular issued by the State Council reflects the Chinese government’s great emphasis and strategic support for the new UAM industry. This will undoubtedly fuel the rapid development of UAM in China.

“As a leader in the global UAM industry and the only company authorised to initiate the Autonomous Aerial Vehicle (AAV) airworthiness program for UAM by the Civil Aviation Administration of China (CAAC), we will seize this opportunity to strengthen our leadership in technologies and innovations based on the national policy and strive to assist regulators in establishing relevant regulations and standards.

“More efforts will be made to enhance the innovation and applications of our UAM technologies in specific use cases such as aerial firefighting. Furthermore, we look forward to offering UAM operational services to the society soon, leading the vigorous development of the industry in China and globally.”

This comes after EHang successfully tested some of its UAVs in Seoul last month. After several of its traffic monitoring drones took flight, a larger two-seater vehicle took off, with rice sacks playing the role of passengers for now. The event at the Han river in the South Korean capital has paved the way for more tests in the country as it looks to utilise Chinese technology in its drive towards UAM development.