The ambitious project has been plagued with delays since construction began, with problems including unexpected soil contributing to a potential four year delay. 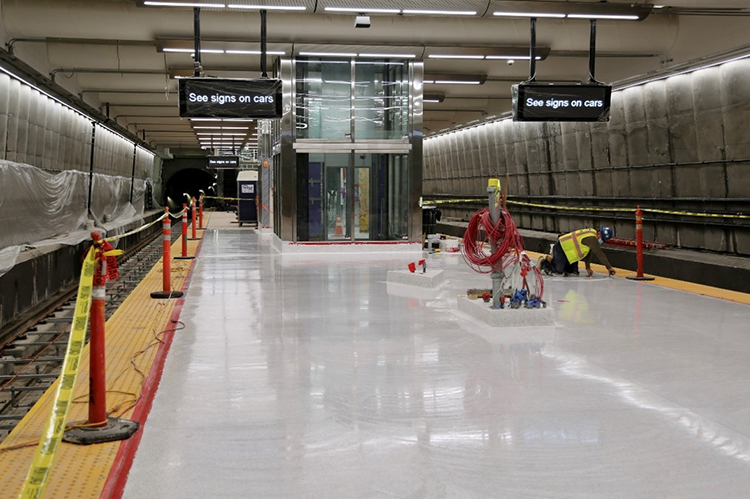 San Francisco’s ambitious Central Subway project is now set to open to the public in the spring of 2022, according to a San Francisco Municipal Transport Authority announcement on its website.

Service on the new line, which will link the commuter station of 4th and King with the heavily populated district of Chinatown, was due to begin in December of this year, yet the transport authority has cited the COVID-19 pandemic as the main barrier to a December start.

SFMTA says on its website that “moving to remote work and instituting necessary safety measures and procedures during COVID-19” as well as “quarantining multiple contractor crews when, despite safety measures, some of the team tested positive for COVID-19” are the main reasons for the delay, as well as a difficulty in gaining the necessary materials to finish the project.

The Central Subway is the second phase in SFTMA’s Third Street Light Rail project, with the first phase T Third Line opening in 2007. The project was given a budget of $1.578 billion, with ground broken in 2010. Originally, the subway was set to be finished by 2018, but several complications pushed this date back and back. The San Francisco Chronicle reports that problems with unexpected soil when tunnelling and even a case of the wrong rails being installed have left the project two years behind schedule.

The SFMTA insists that “the vast majority of the project is now completed. The tunnels and tracks are done with crews now working on the final finishes, installing art and systems like automatic train control cabling, traction power and communications.”

Tom Maguire, the agency’s deputy director, was sympathetic to the frustrations of the city’s population. He told the San Francisco Chronicle: “It is frustrating,” he said. “We made the decision to build the Central Subway long before COVID, and it was the right project, bringing subway service to Chinatown and the most congested part of the city. And it’s still the right project.

“But every day we don’t deliver service is another day we’re not serving our customers.”