The famously decorative system in the Russian capital has led an initiative to develop national standards for all nine metro systems in the country. 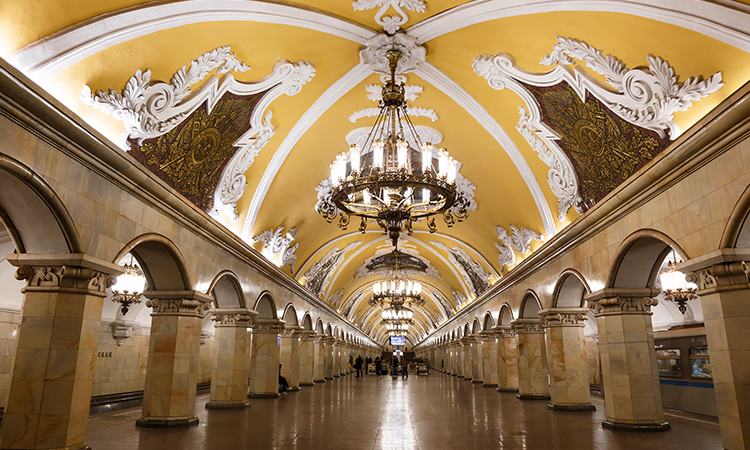 Female drivers will take to the tracks underneath Moscow for the first time this week.

“Rosstandart” (The Federal Agency for Technical Regulation and Metrology) has published the first part of its Russian National Standard for Metro Operations, which has been developed using the Moscow Metro as a benchmark.

Metros have long been a part of daily life in Russia – the Moscow Metro was the country’s first and is the busiest in Europe with just under 7 million passengers carried on it every day – yet there is no national framework on how metros across the country should operate.

The GOST (the set of standards approved by the Russian government) “Metro Systems: Basic Terms and Definitions” was introduced earlier this month, although the final document took more than 30 months to compile. This long process was led by the Moscow Metro authority itself, which run by the government of the Russian capital.

For this purpose, the Technical Committee for Standardisation of Metro Systems was established in 2017. Besides elaborating terms and definitions, the Committee is responsible for developing standards in information technology, passenger services, transport security and other areas of operations. The Committee includes 47 organisations, including all seven Russian metro systems, as well as engineering, transport and scientific enterprises.

Yves Amsler, UITP’s EU Department expert on standardisation, explained why the initiative is so important: “Standardisation is indeed important for urban rail, as it can create common specifications which make manufacturers produce interoperable products, which in turn can lead to products being cheaper and decrease vendor lock-in situations. Well-designed standards can also improve rail systems, for increased safety for example. Good standards should always be adequate and not create unnecessary burden and costs.

“In this regard, the initiative in Russia which recognises the specifics of the metro as an urban transport, moving away from considering them as an integral part of rail transport, seems like a positive development.”