Working alongside Vivacity Labs, TfGM is hoping that the new smart junctions will help reduce congestion, as well as protecting vulnerable road users such as cyclists and pedestrians. 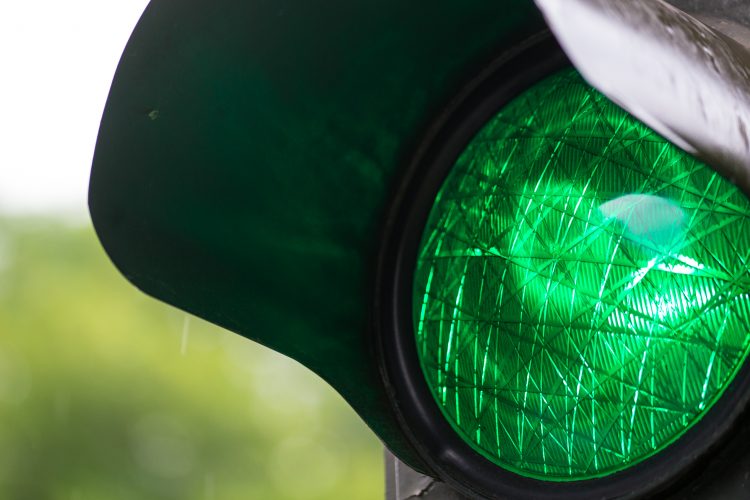 TfGM is hoping that the new AI controlled junctions will make it safer to walk and cycle in Greater Manchester.

Transport for Greater Manchester (TfGM) and Vivacity Labs have announced the roll out of AI-controlled ‘smart’ traffic junctions to accommodate the increase of active travel modes, such as cycling and walking, in the city during the COVID-19 pandemic.

Using sensors with inbuilt artificial intelligence, Vivacity says the new system enables TfGM to anonymously identify different types of road users at selected junctions and control traffic signals to allow different modes of transport to be prioritised as and when required. The traffic data specialist says that “with more cyclists on the road as people avoid public transport, these ‘smart junctions’ will be able to give priority to people on foot or bike where and when appropriate.”

TfGM and Vivacity are hoping that the initiative will reduce emissions and improve air quality in the Greater Manchester area too. According to Vivacity, congestion and queuing can be reduced by traffic signals that respond better and more quickly to changes in traffic conditions than existing systems.

More and more people are choosing to cycle or walk instead of catching a bus or driving, and traffic management systems are starting to reflect this pattern. “Since the pandemic, commuter trends and traffic hotspots have changed completely, and cities need AI to help protect people no matter what mode of transport they take,” said Mark Nicholson, CEO of Vivacity Labs. “Our vision is to help cities implement critical policies addressing safety, air quality, sustainable travel, and congestion, at a hyper-local level.”

Digital Infrastructure Minister Matt Warman said: “Smart traffic technology is just one of the many ground-breaking areas the government is funding to pioneer new ways for artificial intelligence and 5G to transform our lives for the better. We’re backing this initiative in (Greater) Manchester to improve the city’s transport, reduce journey times and cut pollution. I look forward to seeing its positive impact and sharing the lessons across the UK.”

Richard Dolphin, Highways Network Performance Manager at Transport for Greater Manchester was pleased with the way the project was progressing: “Having already developed an innovative product in terms of their sensing technology, Vivacity has become well-versed in the relevant standards and have made impressive strides in the continuing development of their Smart Junctions system.”

The project has secured additional investment to expand throughout the trial region via the Department for Digital, Culture, Media, and Sport’s ‘5G Create fund’ which was announced in July 2020. The project will scale up to an area of 20 junctions in Manchester by the end of 2021 and aims to demonstrate impact in the real world in the form of improved journey quality for all road users in this region.