Henk Swarttouw, Vice President of the European Cyclists’ Federation (ECF), tells Intelligent Transport how the organisation is advocating the uptake – by people and authorities – of cycling as one of the main methods of urban mobility. 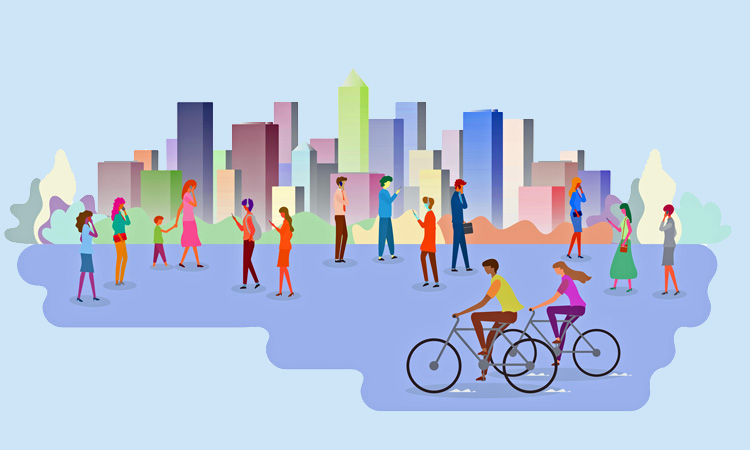 What is your role at the ECF and what initiatives are you involved in to encourage more cycling?

ECF has a real non-governmental organisation (NGO) background, but it has been growing and there are now almost 25 people working here. I have a strong professional background in international relations and diplomacy and the former board made an active drive to attract more professionals from different backgrounds. As a result, I joined the board as Vice President in May 2019.

As part of the drive, we now have someone from The World Bank as a treasurer and the Deputy Mayor of Paris as our President. We have been, and still are, busy making the organisation more professional, particularly in management and leadership. We recruited two new CEOs who are going to have a big impact.

The professional drive really comes at a time when the switch to more active and sustainable mobility needs to happen. We see the European Commission taking the lead with the European Green Deal and it’s our job to see to it that cycling, and active mobility in general, take a proper place in that programme.

The car industry has thousands of people lobbying in Brussels, but we are only 25, so we have to make ourselves maybe bigger than we are, at least to provide a counterweight.

One of the challenges is that it’s much harder to collect data on active mobility. Every car is, or will be, hooked up to 5G or whatever we will have in the future. But bicycles typically aren’t and cyclists aren’t. Yes, they carry a phone and you could perhaps tap that phone, but that’s certainly one of our big challenges.

With everchanging mobility ecosystems, and as we see more autonomous vehicles on our roads, people can’t transition to more active modes of transport without the infrastructure there to support them. How do you think this can be resolved?

Sometimes a line of paint will do the job, but there are other measures. For instance, in Amsterdam, we removed 1,500 parking spaces every year for five years. The result is that we don’t need to ban cars from the city centre, but equally, if you can’t park there, there is no reason to travel by car. This is an example of how simple additions to infrastructure – or removal in this case – can encourage people to stop owning cars, or leave them outside the city, and inspire people to join different kinds of share schemes.

And it does work. I come from a country where we work with shared space. I mean, if you are a motorist and I’m a cyclist and we approach an intersection, I look you in the eye and together we solve who goes first. This, however, doesn’t work in somewhere such as New York city. As a motorist in Holland, people know that there are cyclists everywhere. Paris is also approaching this point, certainly faster than I anticipated.

We see the European Commission taking the lead with the European Green Deal and it’s our job to see to it that cycling, and active mobility in general, take a proper place in that programme

At ECF we’re representing cyclists from all over Europe. We are a federation, so it’s the national cyclists federations who are our members. We don’t have individual people as members, we have the organisations.

Our main target is the European institutions – the European Commission, European Council, and  European parliament – first to make cycling part of policy at the European level. But subisidiarity is important of course, cycling is typically something you do locally, and many decisions don’t have to be taken at the Europan level in Brussels.

Part of our role is working directly with the European institutions, and it’s about funding for instance, particularly in countries which are receiving regional funding, and the member states in Eastern Europe who don’t have much of this kind of infrastructure. But we are also as a clearing house for expertise, knowledge, sharing experiences and learning from best practices and lessons learned.

The EuroVelo network, for example, the long distance cycling tourism network, is mostly organised from ECF. Of course, maintenance is carried out in every country and region, but as it’s a cross border concept, there is an umbrella organisation that’s run by ECF.

How much of a challenge is it for your member groups to get the message out that cycling and active mobility is the future?

Firstly, people need to see the urgency of the climate crisis. Secondly, we need action. We all know that cities who have reduced the dominance of motorised vehicles become nicer places to live in. But, as you say, how do we make people realise that? The answer lies in setting examples. People visiting Copenhagen, or Amsterdam, or Ghent, go home with the positive experience they’ve seen and felt in those cities.

Then there’s promotion. If people go on a cycling holiday, they may return and decide to do their commute by bicycle. It’s also about creating opportunity. If you provide bicycle parking facilities, for instance, or cycling highways, and separate infrastructure, people will cycle.

We also need greater knowledge and understanding from the public. People must learn that to build 200 kilometres of high quality cycling track is the same investment as in one kilometre of motorway. It’s all relative, and that’s the good thing. It is relatively cheap, and should be a no-brainer, but we are up against some formidable opponents.

Swapfiets is a good example of influencing behaviour – a lease company for bicycles. In less than two years, they have put 120,000 bicycles on the streets of Europe. People can own the lease every day for €20 euros a month. If you get a flat tyre, you get a new bicycle – that’s why it’s called Swapfiets. If your bike is stolen, there’s a new bicycle waiting. All for less than the cost of a typical monthly phone contract.

It has undeniably been a huge success. Even more interestingly, Swapfiets’ biggest investor is – the biggest car importer in the Netherlands.

It’s low tech, there is no app, and it’s labour intensive. It requires staff swapping bikes, repairing them and getting them out to clients, so they work on a city basis. They started in a number of university towns in the Netherlands, but are now in Belgium, Germany, and Denmark, and growing very, very rapidly.

I also think that electric bicycles will become a big game changer. They make the bicycle accessible to a much wider group of people, particularly those who aren’t necessarily into cycling or consider themselves not fit enough to cycle to work, for example. Electric bikes double the range in most cases, and it really does expand the definition of active and sustainable mobility.

The COVID-19 crisis provides a strange window of opportunity. It is nothing we would have wished for, but now it’s here, we have to jump at it.

During the lockdowns, cycling (and walking) have proven a welcome solution in temporary absence of other modes of transit and the absence of motorised traffic has enticed people to grab their bicycles, who otherwise perhaps would hot have dared to. People have learned to appreciate their cities with less noise, cleaner air and more space for active mobility. Will they want to go back to the old ways and live under the dominance of the motor car?

Many cities all over Europe and the world have introduced temporary or ad-hoc bike lanes (Brussels, London, Paris, Milan, Lima, Bogota, Seattle) or other measures to facilitate cycling.

Now that our societies are reopening, governments (France, the UK, the Netherlands, etc.) are promoting cycling as a way to ease pressure on the public transport system and to avoid gridlock as we are looking to start moving again, while maintaining social distance to prevent the spread of the virus.

Some of the measures that are being introduced now will become permanent, others will perhaps be rolled back. But let’s hope that citizens will ask for more, now that they are getting a taste of the cycling future.

Henk Swarttouw is first vice-president of the European Cyclists’ Federation (ECF). Henk has been a professional diplomat in the Dutch foreign service for 30+ years, during which time he served as Dutch ambassador to Finland and to Denmark. From 2012 Henk has been actively engaging in cycling diplomacy. He joined the board of the ECF in 2019. 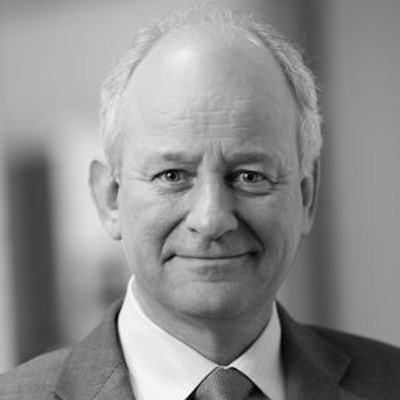