Learning lessons and applying knowledge as a micromobility operator

Kristina Hunter Nilsson, from e-scooter firm Voi, and micromobility expert Welmoed Neijmeijer, formerly of Voi, discuss where the scooter operator has come from and what needs to come next from cities that are serious about redressing their modal split. 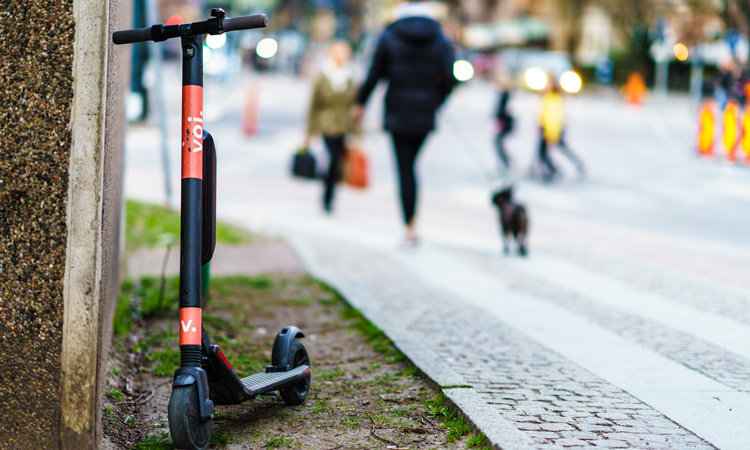 What has Voi learnt, being one of Europe’s first scooter operators?

Kristina Hunter Nilsson: Voi first launched in August 2018 with a somewhat sizeable scooter fleet in Stockholm. We had to ensure that the launch was in close discussion with the city because it was one of the first in Europe. We strongly believe that successful services can only been achieved through balanced collaboration.

Scooters in Sweden are required to be used in bike lanes and the devices are capped at 20km/h. In pedestrian zones, they’re capped at six kilometres per hour, which we also have slow speed zones for now. We, as much as anyone, do not want these vehicles on pavements, and that’s where we have to work particularly closely with cities – we are in discussions at the moment with Stockholm’s authorities to eradicate scooter use on pavements.

Welmoed Neijmeijer: Stockholm is home to approximately 70,000 car parking spaces, but there’s no official parking space for scooters, so users currently have to put them where they can. We are also lobbying to get dedicated parking spaces for scooters, which we could then plan together to develop a hybrid model. We want dedicated areas, but as the service is ultimately about sharing, we also want them scattered around the city, which is why a collaborative hybrid model would be suitable.

Existing city infrastructure has mostly been in place for 60 or 70 years, so maybe it’s time to update it

Germany did this from the very beginning. After legalising e-scooters they decided that they would follow bike legislation, including having dedicated parking areas.

We have also learnt that there’s not only a public discussion about the e-scooters themselves, but also about infrastructure and safe streets. Existing city infrastructure has mostly been in place for 60 or 70 years, so maybe it’s time to update it.

Kristina Hunter Nilsson: It is also about a mix of public transport, and assisting people in getting from A to B as easily as possible. Scooters offer that flexibility. People might not have the time 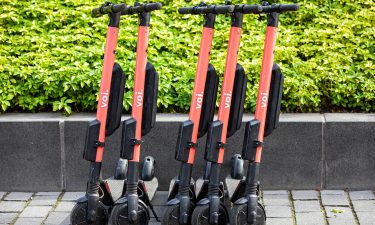 to walk everywhere and scooters can be used in combination with public transport to solve that. Doing so will get more people out of cars, but it comes back to the idea of supporting infrastructure.

You have countries like the UK, Holland and Ireland where scooters are still not legal, but people are still using them, so what’s the middle ground? Paris learned the hard way and, in March, tender application closed for allowing three operators in the city – a decision should be made early Summer.

Micromobility services and policy have to be built together from the ground up; the next challenge is whether cities are serious about mobility or not. A city might roll out 100 scooters as a tickbox exercise, just to look innovative, but if that fleet doesn’t join up with other services and help citizens get from A to B, it’s not truly innovative. That’s where the need for balance comes in.

How do you think cities can move to find that balance between truly improving city mobility without compromising existing infrastructure?

Welmoed Neijmeijer: It comes down to urban planning and what cities allocate space for. People will argue that if you take away 20 per cent of parking spaces you will have street space, more playgrounds, more cafes and quieter roads, but what about the recent push for electric vehicles? How do you find the balance for those, too? There’s the income from the parking spaces to consider as well – will the authority still generate enough revenue from the new mobility services to fill that void?

Kristina Hunter Nilsson: One of the other major challenges is that people are used to a certain way of living. The infrastructure is important, but the public’s mindset needs to change quite significantly before cities can properly begin to encourage them to use solutions like scooter sharing services.

You have countries like the UK, Holland and Ireland where scooters are still not legal, but people are still using them, so what’s the middle ground?

It’s typically 18 to 25-year old males who want to try scooters out, but it is usually only once or twice. One of the primary reasons to use a scooter would be to avoid traffic, but another is that they’re fun. Although we do want to portray the solution as enjoyable as well as convenient and sustainable, we are then confronted with the challenge of safety and user responsibility.

Although changing user perception and behaviour will take time, there is a degree of urgency required. Climate change and air pollution is real, and the dangers associated with them are growing every day. Cities will often sit back and wait for somewhere else to make a bold move, and when one does, others will follow suit. We’re approaching the point where someone must take significant action and encourage others to do so, too.

The COVID-19 pandemic has only accelerated the need to rethink movement in our cities. Micromobility offers a safe and sustainable solution – now more than ever in times of social distancing.

I really think Paris gearing up for it. When I was there, riding in a protected lane, I just thought it was such a stunning view of the city, and it was great to do it using purpose-built infrastructure. Ultimately, we will have to wait and see. 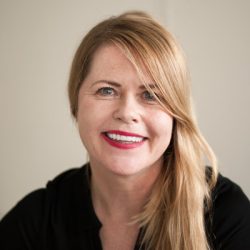 Kristina joined Voi as Communications Director in early 2019 from Takeaway.com, where she was based in Amsterdam and led the company’s PR and Public Affairs efforts across all markets. Prior to Takeaway, she was director of external relations at DeLaval, in Stockholm, senior media relations manager at TeliaSonera, and from 2010-2012 head of corporate communications at TomTom. Fluent in English, French, German, Dutch and Swedish, Kristina holds an MA in Business Communications and Marketing from The Hague University.