Is mobility in London changing?

Joanna Averley, Head of Urban Design and Integration at HS2, explores how the London urban ecosystem is changing, and how the passenger is adapting its behaviour in reaction. 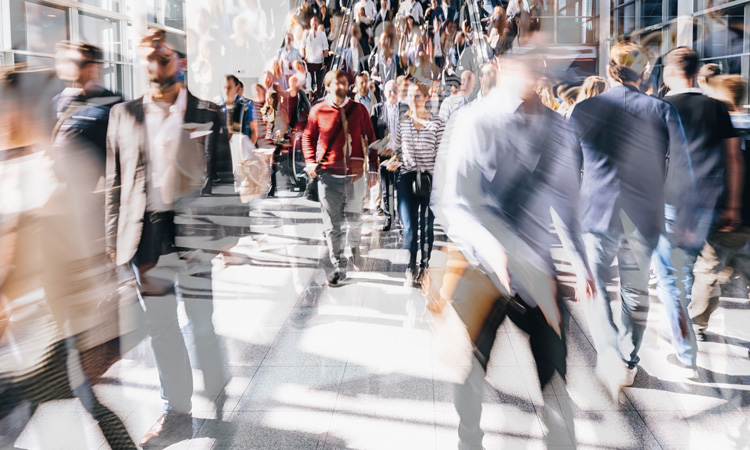 Oslo enjoys electric vehicles (EV), free tolls, access to bus lanes and free parking in the city centre. The success of Oslo city council’s policy for CO2 emissions reduction and EV promotion is seen all around: 30 per cent of all new cars sold in the city in 2015 and 2016 were EVs or plug-in hybrids (nearly 40 per cent nationally in 2017). There are over 62,750 EV’s registered in the greater Oslo area, and there are 1,300 charge points, with a goal of adding another 600 per year over the next three years.

What is London doing? Can London match up to Oslo’s success in promoting EVs, and even surpass it? Is that enough? What else needs to happen to promote sustainable transportation that enhances the city rather than detracting from it? We are definitely moving in the right direction.

In June 2019, the Mayor, Sadiq Khan, announced his London electric vehicle infrastructure delivery plan, noting that in the last year London has seen “more than 1,000 new charge points installed at petrol stations, town centres and retrofitted into street lighting columns. Our world-famous cabbies now drive more than 1,700 electric taxis and Transport for London runs Europe’s largest electric bus fleet.” This is set against the backdrop of data from 2018 with EVs accounting for 2.81 per cent of vehicle sales in London – higher than the UK average of 2.13 per cent. But London and its clean air zones (CAZ) have got a much larger, more complex set of issues to address than Oslo, and EVs are only part of the solution.

London is a global city, aiming to increase the working and resident population in the centre from an already significant cluster of 1.7 million workers and 0.23 million residents

London is a global city, aiming to increase the working and resident population in the centre from an already significant cluster of 1.7 million workers and 0.23 million residents. The city’s different policy aspirations are interconnected, not least by competing demands on space. That means that when we think about sustainable transport and movement patterns, a complete systems approach is required. Working on a transport projects of the scale of HS2, which will arrive in a number of UK city centres, has shown me not only the sophistication but also the limitations of our ability to adapt how we use our public sphere to promote sustainable movement patterns. As an industry, we too often seem overly reliant on models and predictions that are (in general) based on historic or, at the very least, current trends. We need to predict an alternative future that provides for a more people-centred, sustainable public realm. This alternative future will prioritise people and bikes over buses, buses over taxis, and taxis over cars.

What we do know is that if people can’t move around comfortably and safety, the city falters

It is of course hard to make predictions when we don’t know if there will be a human behind the wheel of any of the vehicles. What we do know is that if people can’t move around comfortably and safety, the city falters. Take, for example, the footpath around Bank Station – multiple thin stairways lead up from the tube to similarly narrow pavements on a junction that is a meeting of six busy highways in the heart of the city. Space for people is very limited; hence the City of London has restricted the use of the junction during work hours to cyclists and buses to improve safety. Increasingly, road space is being redesigned and given over to public space, pedestrians and cyclists. Long gone are the days when planners would worry about protests from retailers and business over the impact on passing trade if a street was pedestrianised. The opposite is now the case, and Old Street, Swiss Cottage, Highbury Corner and Kingston are next on the list for improvement in favour of pedestrians and cyclists, in line with the recently published London Walking Plan.

All this reflects the Mayor’s Transport Strategy policy, which has as a central aim “for 80 per cent of all trips in London to be made on foot, by cycle, or using public transport by 2041.” This ambition is underpinned by the plan for Healthy Streets, according to which 10 evidence-based indicators enable us to determine what makes streets attractive places. Disruption – both planned and unplanned — can help us think differently about the role of the public realm and our streets.

There are occasions as a Londoner when the unexpected gives you a different perspective on the city, for example, the memory of the view from Richmond Park across London when the unpronounceable Eyjafjallajökull volcanic erupted in Iceland, grounding all flights. I’ve never seen a more blue or quiet sky over London: many people will remember the surprise and pleasure of seeing no vapour trails or hearing any jet engine noise. London’s streets are now more than ever the  place for sometimes unexpected protest, celebration and demonstration. These can show us a different future and a different way to use our city. The number of people taking to London’s streets are impressive: Pride 2019 attracted an estimated one million marchers; the “Put it to the people” Brexit march an estimated three-quarters of a million. The Lumiere Festival closed Regent Street and its junctions, providing a few evenings of light and delight on pedestrianised thoroughfares. And Extinction Rebellion have taken the occupation of city streets to a new level, for an urgent purpose, if not without concerns about their short-term impact on the local economy. Over time, the nature and usage of public space and streets in central London has changed.

The increased usage and pressure on space is likely to continue to increase in the CAZ. With 80 per cent of Londoners’ travel time spent on the street, as well as our desire to use our streets increasing all the time, we need to continue to prioritise people and ensure that we understand this movement ecology and systems of our city. It’s no time to take our foot off the gas. Well, it is. But you know what I mean.

Joanna Averley is Head of Urban Design and Integration at HS2. She is a London Mayor’s Design Advocate, Chair of the London Borough of Wandsworth’s Design Review Panel and has worked on major regeneration and master planning projects from Manchester City Centre to the London Olympics. 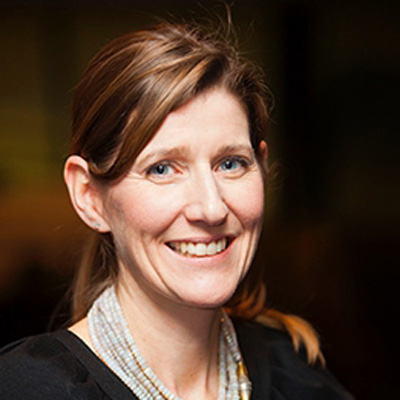