At stations all over the world, fare evaders are often difficult to catch and just as difficult to stop. In Catalonia, however, the implementation of AI-based technology has led to the near-eradication of tailgating at fare gates – Oriol Juncadella i Fortuny, Director of FGC Operadora, the operations division of Ferrocarrils de la Generalitat de Catalunya (FGC), tells us more. 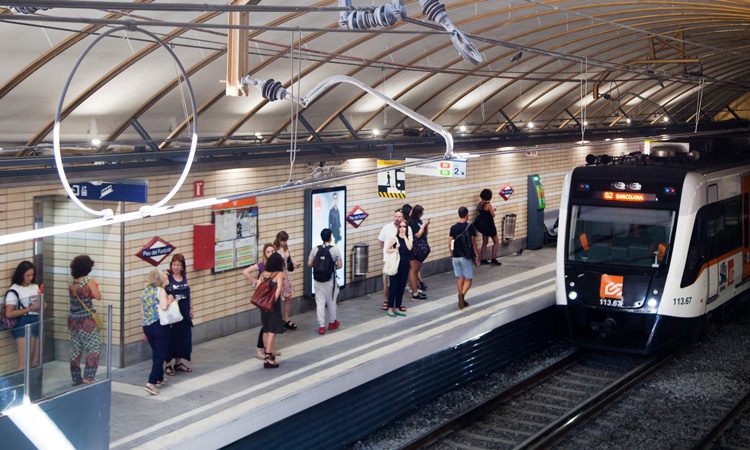 How important is it for operators to use every tool at their disposal to protect income from fares?

Back in 2001, our fare evasion rate was at 6.6 per cent and unfortunately trending upwards. Seeing that a growing amount of people were using services without paying had a discouraging effect to say the least. We devised a multi-step plan that we started to execute in 2003.

The first step was to ensure that all accesses were closed off; at that time, every station had open access apart from traditional revolving turnstiles in the main facilities. In fact, we made architectural changes to our access points by progressively building effective enclosures, often in the form of 1.7m high transparent separation walls with low visual impact and the deployment of efficient mechanical fare gates in place of the traditional turnstiles. With these measures in place, the fare evasion rate had reduced to 3.81 per cent by 2005.

In 2006, we began progressively implementing an attended exit validation model, which we then progressively turned into an unattended one as of 2009. This means that passengers have to validate their tickets both at entry and at exit to avoid fraud.

The fare evasion rate fell to 0.41 per cent in 2009 and further down to just 0.04 per cent in 2013. With our investment in enclosures and mechanical fare gates complete, we succeeded in virtually eradicating fare evasion.

However, even with all these physical barriers, a system loophole remained: tailgating. This involves people taking advantage of the delay in the closure of the fare gates after a fare-paying user has passed through in order to also get themselves through the gate without a valid ticket.

The delay in gate closure is needed for comfort and security reasons, for example to avoid the gate impacting the user, an accompanying child or carried luggage. With significant progress made in so many other areas of fare evasion, tailgating became our next battlefield.

We formulated an experiment: what if we could use the existing video management system to watch some of the entry fare gates from our remote control centre? Whenever tailgating took place, a guard in the control centre would call an inspector at the station, describe the alleged tailgaters on the phone and have them intercepted.

The experiment was successful; intercepted tailgaters were shocked and, even more importantly, we discovered that fare-paying users were satisfied to see this kind of selective control. The procedure was far from efficient, however, and we began to wonder whether it could be automated.

How did this lead to FGC’s adoption of an AI-based system, and how does this system work?

We met a small company in Barcelona, Awaait, that dared to pick up the challenge. In three weeks and with just a few videos provided from our side, they were able to develop a prototype. It was a strong proof of concept that convinced us to sign a joint development agreement.

We allowed Awaait to install a camera in one of our entry halls at the Station of Provença, near La Pedrera building, in the centre of Barcelona. A few months later, they had developed a system that combined artificial intelligence, artificial vision and mobile technology that could be integrated into our regular inspection operations. We called this system ‘Detector’.

Conceptually, Detector is similar to our experiment from the control centre: a computer programme surveys the fare gate barrier using a single camera for multiple gates, then, when tailgating takes place, it prepares a sequence of images and sends them to a mobile application that alerts our inspectors.

The mobile application allows the user to pick and watch any of the last 10 available alerts with just the touch of a fingertip. The short alert delay, which is just one to two seconds thanks to 4G technology, means that most tailgaters can be intercepted before they even reach the platform in most of our underground stations.

Together with Awaait, we tested and helped to improve Detector with impressive results – so impressive that we decided to deploy it across all of our stations.

How efficient is the system in causing minimal disruptions to fare-paying passengers?

We realised that this kind of technology came with some additional advantages:

Uninterrupted and real-time measurements on tailgating are now available. We receive automatic counts of users and tailgating alerts segmented into hours, days, weeks and months on an easy-to-use web application. It means that management can measure and analyse the impact of inspection strategies and tactics, and refine and optimise them very quickly.

What impact has the system had on inspectors and their work?

Employee satisfaction has increased as a result of introducing Detector. Our inspectors are enthusiastic about this support tool. In traditional mass control, the vast majority of ticket inspections are conducted on fare-paying users. With Detector’s current error rate, no fare-paying users are bothered during a control session. Not surprisingly, this makes our inspectors feel better when doing their job. Consequently, they much prefer to proceed with these selective controls rather than revert back to traditional mass controls.

Oriol Juncadella i Fortuny is the Director of FGC Operadora, the operations division of Ferrocarrils de la Generalitat de Catalunya (FGC – Catalan Government Railways). He has a degree in Civil Engineering from UPC (Barcelona Tech) and a diploma in Business Management from IESE Business School. Outside of his role at FGC, he is President of the Mobility, Transports and Logistics Commission of the Catalan Professional Association of Civil Engineers, Secretary at the Observatory of Antisocial Behaviour in the Spanish Railway Transport System, and Coordinator of the Group of Railway Experts in Operation of the Spanish Railway Foundation. He is also a member of UITP’s and UIC’s Committees of Regional and Suburban Railways, as well as a member of the Accessibility Working Group of the Spanish Railway Foundation and the Universal Accessibility Commission of ATUC. 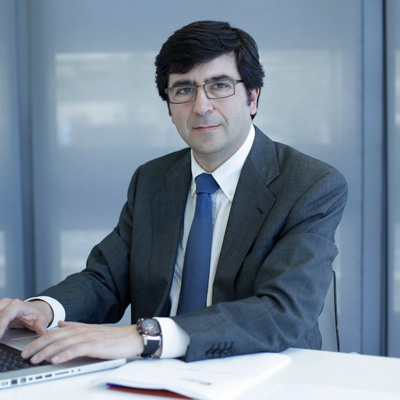