Research from Cranfield University has determined a formula that can reduce the effects of motion sickness while in an autonomous vehicle. Here, Intelligent Transport’s Eve De Clerk spoke with Zaw Htike, who is conducting the research, and Stefano Longo, Senior Lecturer in Vehicle Control at Cranfield University, to find out more. 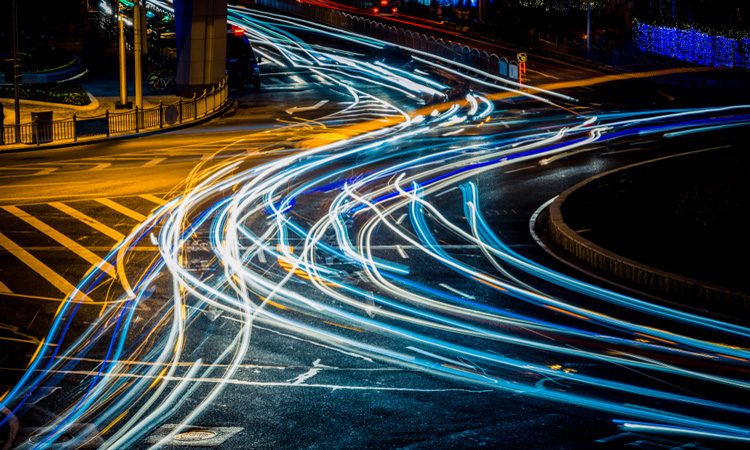 Why do you think this research was necessary?

Passengers in autonomous vehicles would become more susceptible to motion sickness for two reasons: firstly due to a loss of control (i.e. humans no longer having control over the vehicle); and secondly, due to a lack of anticipation of the direction of travel by engaging in non-driving tasks such as reading, playing games or working.

The increase in occurrences of motion sickness would be a limitation for the successful introduction on vehicle automation. Moreover, the demand from vehicle manufactures is one that cannot be ignored.

Why is motion sickness in autonomous vehicles more likely than human-driven vehicles?

Perhaps, one might also ask “what is the difference between being in an autonomously driven car and in a taxi?”

Human drivers are thought to drive in a manner that prevents motion sickness because they do not want to make themselves carsick. A human drive functions almost as a type of motion sickness detector or predictor.

On the other hand, AVs won’t necessarily be able to perform such task without being trained or implementing a way to minimise motion sickness.

What stages of testing are you following? Does it involve humans yet?

This project is based on computational research as our aim focuses on developing an autonomous driving algorithm that can reduce motion sickness. This is at the early stage of the development and it will be difficult to perform human trials within a PhD programme.

However, we do have plans to begin human trials after we have validated the results in high-fidelity simulations, using models of the human vestibular system. We are consulting with the School of Medicine at Imperial College London and the Royal College of Art to understand how to integrate our control algorithm with human factors.

How does the formula you have created work?

The main objective is to overcome the root cause of motion sickness in a road vehicle, which is the low-frequency motions/acceleration resulting from harsh braking/accelerating and cornering.

Our formulation considers the road profile of a given journey while the driving algorithm – based on a mathematical model of motion sickness – computes optimal vehicle inputs (steering and throttle) so that the vehicle will drive in a way that is comparable to a human driver, thus reducing the chances of passengers feeling car sick.

This is of course just one part of the solution – vehicle interior design, seat arrangement and other factors also play a role.

Could this be applied to other modes of transport?

Definitely, especially other forms of road transport such as buses and coaches, but also high-speed rail, boats and flying cars (personal air vehicle). Depending on the mode of transport, relevant modification to the algorithm would be required.

Dr. Stefano Longo is a Senior Lecturer in Vehicle Control at Cranfield University. He is currently the Course Director for the MSc in Automotive Mechatronics and MSc in Advanced Motorsport Mechatronics, a Senior Member of the IEEE, a Chartered Engineer, Associate Editor of the Elsevier Journal on Mechatronics, elected executive member of the IET Control and Automation Network and IET Automotive and Road Transport Systems Network, and member of the IFAC technical committee on Mechatronic Systems and Automotive Control. In the last few years he has authored two books and over 70 research papers in peer-refereed journals and international conferences. His work and his research interests gravitate around the problem of implementing advanced control algorithms in hardware. Currently, Longo is the principal investigator (PI) in the Innovate UK project “Connected On-Road Autonomous Mobility – CORAM” aiming to develop standards for infrastructure to vehicle communication necessary to augment the vehicle’s perception of the surrounding environment. He is also the PI of the Innovate UK project “Alloyed” which studies the viability of integrating the required in-car systems, therefore enabling standard access for use across multiple platforms. Longo is also a co-investigator in the Innovate UK funded projects “HumanDRIVE” and “AIDCAV”.

Zaw Htike is a PhD student at Cranfield University. He is currently working on developing control strategy to minimise motion sickness in autonomous vehicles. He received his MSc degree in Aerospace Dynamics from Cranfield University. He did his undergraduate degree at the University of Bristol in Aerospace Engineering. He was a member of KTH Formula student, working in the Aerodynamics Design and Manufacturing team during an Erasmus year at KTH Royal Institute of Technology.