The modern digital control room: interaction between man and machine

With passenger numbers on the up and the constraints this puts on capacity, control rooms are put under increasing pressure. Thomas Kritzer, Head of the Tramway Operations Division at Wiener Linien, explains how digitalisation can help, with intelligent assistants stepping in to do what humans can’t. 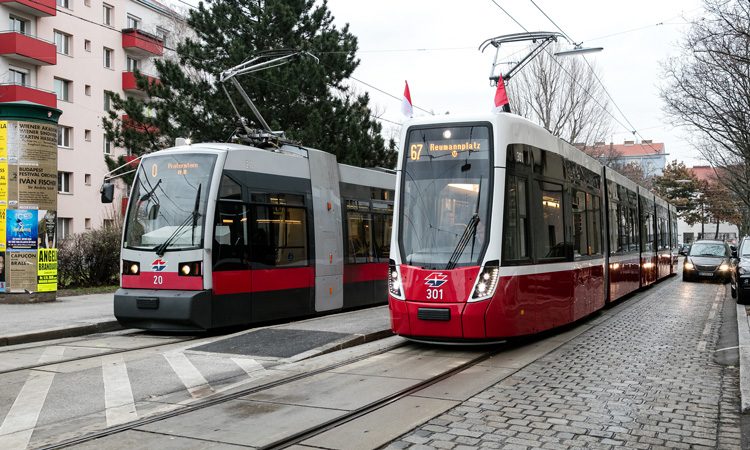 Vienna’s tram network is incredibly dense, with 28 lines, and an additional tram line for tourists – the ‘Vienna Ring Tram’. The tram network originates from the consolidation of various private tram companies, which were eventually gathered under the umbrella of the city-owned tramway company in 1903.

The network layout follows the historic city’s layout, so any thoughts of modernisation can only be implemented at new extensions. This means that the network is very dense and very focused on historical parts of the city, where the tram ‘survived’ the age of the thriving motor car after WWII.

The organisational structure of the Viennese tram network is decentralised. As one of the world’s biggest networks, a centralised operation with one depot would not make sense, nor would it be economically feasible.

As the tramway operations business unit is organised in four sectors, with one main depot and one or two so-called ‘satellite depots’ each, usually six to eight tramlines are operated and supervised by one sector. Some of the longer lines, which usually cross the entire city, are operated by two sectors to avoid long, unproductive journeys.

For the same reasons, there is not one central control room for tram operations. Wiener Linien decided that the tram lines of the four sectors should be supervised by four small control rooms – one for each sector. These rooms are located close to the operating area of the sector, directly at the depot or at an interchange or neuralgic point of the sector lines (often combined with a break room for drivers). Decentralised responsibility of supervising duties brings with it a better connection between the supervisors in the control room and the operating staff, as well as the administrative and team lead of the sectors.

The career of a supervisor needs to start as an active tram driver before evolving – with various training steps – to the supervisor role. This guarantees the knowledge of the working routines and challenges that tram drivers face. Working in sectors, they have specialised local knowledge of the routes, and of their colleagues.

This approach may not necessarily be fitting for every network, as there are always pros and cons for a centralised or decentralised organisational format.

At every tram depot, each sector starts its daily morning operation with roughly 100 trains. A typical morning start is a very busy and critical operation. The control room supervisor is supported by an ‘expeditor’ – a depot supervisor directing the staff and reorganising necessary open shifts. This is evidence that much of the workload is still manual and has to be completed by hand.

Throughout the network, trams are operated by line of sight operation, except for a small tunnel part. The supervisors in the control rooms concentrate on train headways and punctuality. Challenges appear while the busiest lines are operating in peak hours at three-minute intervals, while the circulation consists of up to 38 trains.

Supervisors always work in pairs in eight-hour shifts. They are responsible not only for train operation, but also for keeping the employees in the legal limits of their working hours.

The trains are visualised in the control room to be directed by staff. Between six and eight lines are observed by one pair of supervisors. There is a lot of vocal and written communication between the control room and the drivers. The supervisors can send text messages to the trains and can get various information from the trains, especially on punctuality and ‘symbolised’ location. The reason this is symbolised is that the display on the screens is also a symbolised picture of the line layout, reduced to the necessary information. Aside from this, symbolised ladder displays show the current situation – especially any discrepancy from the schedule.

The localisation of the trains is carried out via infrared beacons which are in the field, with interpolation calculation for spots like tram stops in between. The train’s location is communicated via radio data telegrams. Additionally, the on-board computer devices record more detailed information about stops and door opening, among other things. The most important stops in the sector are shown in the control room via CCTV cameras. This gives the supervisor a direct view of the ongoing operation, which is especially important during peak hours and during incidents.

Concerning the supervisory resources, more and more time needs to be used for supervising working hours and legal limits of the driving staff. Supervisors are the important bridge between legislation and economically-optimised operation, as they must control the working hours and shifts while balancing the breaks and ends of drivers’ shifts.

When incidents occur, the hard work of the supervisors begins. Their responsibility is to keep the lines running at regular intervals and manage potential short cuts in the network. The network layout includes connections between tracks of different lines, and short cuts to allow the train to ‘park’ for a short time. Some terminal loops have a second or third track to manipulate operations. This includes the coordination with Wiener Linien’s operations control room for incidents, especially when the incident occurs on one of the supervisor’s lines.

Defined procedures separate the responsibilities between incident management and affected operation. Supervisors inform and advise the drivers about new operational orders via data telegram and radio communication. When the incident occurs somewhere else in the network, other lines are affected. Possible disturbances are caused due to tracks being used by several lines simultaneously and by drastic shifts of ridership following the incident, quickly bringing the services to capacity.

One extremely important detail during an incident is customer information, which is carried out via the central operations control room for all parts of the network to keep customers updated with the correct information on the network.

As passenger numbers increase, the work of the control room supervisors becomes more and more complex as they must also ensure that the level of service is kept high. Actual planned improvements are an education pass for supervisors, while this is common for normal tram drivers. Inside this pass, all training procedures and tests are documented to help the training staff and employer to improve their knowledge and performance.

Currently, defined and detailed incident procedures are developed to standardise the system’s reaction and better predict measures for all involved staff. As in many fields of digitalisation, continuous improvement processes for the ITCS software development and the data basis (data used by ITCS system like track layout, riding time, etc.) of the network need to be put in place. This includes improvements with the industry supplier to eliminate existing software failures, but also keep pace on improving the system.

Analysis of the operating data is a key asset for improving performance. A lot of effort is required here to handle and contextualise the enormous amount of data in an analysis procedure. Moreover, efforts must be taken to better localise the trains in the network. This will be done with general improvements to communication between trains and infrastructure, and from the technological side via beacons, wireless LAN or GPS.

As with most IT applications, the future of ITCS systems must lay in adapting to developments and integrating them to support staff. Artificial intelligence might be a buzzword that’s used too frequently, but an IA (intelligent assistant) could be a real help; machines should do what humans can’t.

With increasing numbers of trains to be supervised and more dense traffic in cities, humans will at some point reach the end of quantitative capacity. Machines, as they do in other control rooms, should support procedures and staff work. Why can’t permanent documentation of operations be done by machines rather than humans?

Further development should also lead to a real-time background system, permanently providing actual status of the traffic control as well as the optimisation for staff concerning working hours. Integration with other aspects of the environment like traffic lights and their influencing devices will also lead to a more holistic approach to supervision. This will only work with better communication rates between vehicles and the control centres. Driver assistance systems or, looking further ahead, autonomous driving of the tram, could lead to a lot more interaction and support for the tram driver from machines and devices, all directed by the control room.

Operating and supervising a vast, long-lasting tram network is a huge intelligence duty for humans in conjunction with the ITCS system. It is a very good example of how the evolution of digitalisation, further technical improvement and interaction with humans can lead to ongoing operational success.

Thomas Kritzer joined Wiener Linien in 2004 and is Head of the Tramway Operations Division. With this division, he is responsible for managing operations on 28 tram lines with about 1,500 staff members, carrying almost a million passengers per day. The division plans and prepares Wiener Linien’s tramway operation, as well as being in charge of operational duties, documentation and evaluation of service quality. Responsibilities also include strategic development of the division and mode and, together with other departments, further development of tram lines and the future of mobility at Wiener Linien. 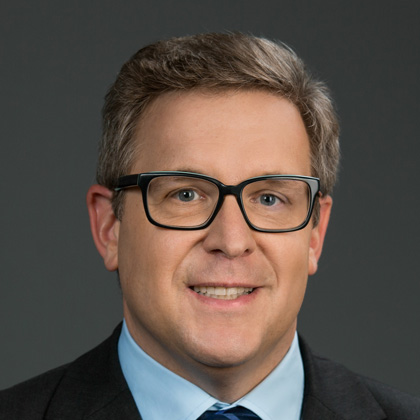