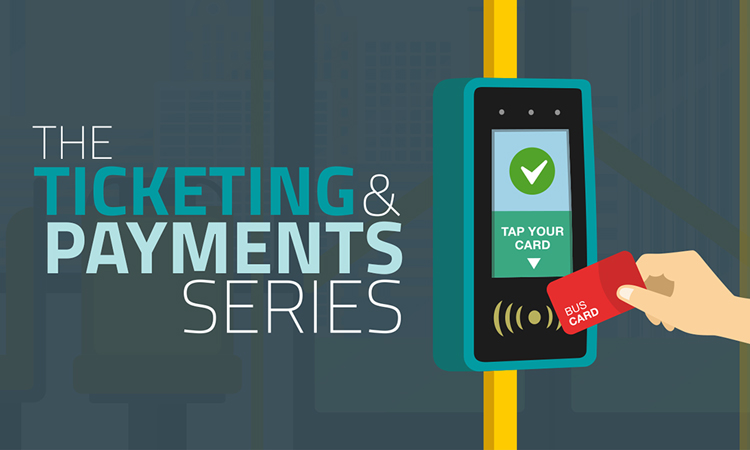 National Express West Midlands rolled out contactless ticket machines on all its 1,600 buses from February 2018. On Friday 25 January 2019, a customer got on a number 48 at West Bromwich bus station and made the three millionth contactless payment.

The journey the we went on to achieve this success was all about removing barriers – real and perceived – to travel. Research by Transport Focus shows that young people – our biggest market – prefer to do everything by contactless. They don’t carry cash and they don’t like talking to bus drivers – they are scared of embarrassment, of not knowing which ticket to ask for and possibly even being denied travel in front of their friends. It’s been no surprise that young people have embraced contactless: 50 per cent of fares on the university bus routes in Coventry are paid for using contactless.

We already knew that our customers liked contactless. In 2016, when we were still operating the Midland Metro, we introduced contactless machines on the trams. After one month, seven per cent of passengers were using contactless. After a year, it was 20 per cent. Two-thirds of tram customers told us they liked it because it’s quicker. It speeds up journey times as passengers spend less time buying tickets. Greener Journeys’ research shows that halving time at bus stops improves journey times by 10 per cent. That’s really important in a congested urban area.

National Express West Midlands is the only bus operator outside London using contactless with daily capping. Investing in contactless makes journeys easier for passengers. Customers – especially visitors to Birmingham – like not having to work out what ticket they need. However, unlike in London, National Express customers can still use cash. The West Midlands has some of the highest areas of deprivation in the UK, and many people can’t use contactless.

Getting to this point has been a long journey, working closely with the payment card industry and our chosen ticket machine supplier – Init. We were recently awarded MTT accreditation by Barclaycard, our merchant bank for the solution – a great achievement that the other bus operators are all striving for.

This is the last of three articles making up our Ticketing & Payments Series 2019. Read the rest of the series here:

“For National Express, it was essential that we updated this solution to meet all the latest UK-specific Visa (MTT) and Mastercard (PAYG) transit specifications. The taps are gathered on the bus by our passenger terminals, PROXmobil. Passengers present their card and get a green light at the terminal. That confirms card tap, which system-wise, stands for the granting of permission to travel. The taps are presented to the payment gateway according to the credit card brand rules. For Visa, this means the first tap of the day generates an account verification message, after which the taps are sent to the account held in the INIT ticketing system. All this is done in a way that minimises the PCI scope to the benefit of National Express.

“The travel permission taps are collected on a daily basis in the core of the system, where all trips tabbed on one account are aggregated, business rules for zonal and time-restricted tickets are applied, and then the actual fare capped. Capping values and periods can be defined as rules in the back office. At the end of the operation day, it settles the aggregated value by completing the payment with the payment gateway of the payment service provider.

Contactless is not the only digital way of paying that’s proving popular with bus passengers. On 12 January 2019, National Express West Midlands sold its four-millionth ticket on a mobile: 17 per cent of the company’s revenue now comes in from people using their phones to buy tickets – unsurprisingly, a large proportion of these are students. National Express West Midlands worked with Masabi to make it easy for students to get bus tickets.

National Express West Midlands operates in areas with high deprivation and large student populations, and so 70 per cent of students would not be able to afford to attend college without a discounted fare. Many 16-18 colleges in the West Midlands provide free travel to their students as part of their offer and a perk for attendance and behaviour. To make this as easy as possible for colleges to deliver, we installed web-to-mobile to connect the existing web portal to a new mobile ticketing app for entitlement fulfilment via an API interface (External Orders API). Now students can order their student pass online, using a voucher code from their college, and it appears on their phone within minutes.

One Birmingham college said: “Moving away from the paper tickets onto the card has been a major step forward for us. It has reduced the logistical nightmare of trying to ‘make’ 3,000 bus passes every term. This typically involved at least 10 people over three days, distributing to students throughout seven campuses over a few weeks at the beginning of each term.”

Another said: “Feedback from our learners shows they are more satisfied with our services as they do not have to wait in queues to collect a bus pass/ticket/voucher.”

In the first two months, the External Orders API increased the revenues processed through the app by over 100 per cent. When National Express West Midlands surveyed the customers to get feedback on the new service, 55 per cent said they were travelling more frequently by bus because they are using the app.

James Gooch, Head of Marketing at Masabi, says: “As shown in the National Express passenger survey, if passengers are able to more conveniently access bus services using a mobile app, they will use the bus more often. It’s a testament to the success of the project that it was awarded a Transport Ticketing Global Award in 2018 for helping enable access to education and reducing deprivation.

“From the passenger’s point of view, being able to get a ticket on your phone makes it easier to access and ride on transport services. From an operator’s point of view, deploying a SaaS solution helps deliver innovation quickly (National Express went live in just seven weeks). Moving away from legacy infrastructure and having to issue proprietary physical tickets helps to reduce the overall cost of fare collection.”

So, considering the contactless and mobile methods, this means the proportion of people buying bus tickets using digital payment is now 42 per cent, with 58 per cent of passengers still using cash.

Offering ticketing options outside of paper tickets and cash gives bus operators huge potential to experiment with pricing and special offers in the future.

Adam Rideout, Head of Customer Experience at National Express West Midlands, concludes: “With smart ticketing, we can target fares and offers more precisely to encourage people to travel – from a particular area or demographic or at a particular time. We can bring in products quickly and see if they work. If not, we can scrap them – without the huge expense of printing leaflets and timetables. We could even end up offering discounts based on the weather. Supermarkets do this – why couldn’t transport operators? Just because we’ve always changed our fares once a year doesn’t mean we always have to.”

In 2013, Kalirai was appointed Head of Sales. With her vast experience in the bus industry, she recognised that digital was the future of card sales and that National Express West Midlands needed to be at the forefront of that evolution. She introduced new ticketing platforms, including smartcards, web and mobile sales and, most recently, National Express contactless ticket machines across the West Midlands fleet of 1,600 buses. Following this she was appointed Sales Director in 2017. 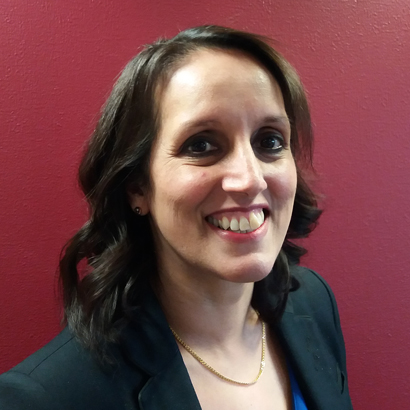