Pushing to make accessibility the norm, not the exception

One of the major obstacles that persons with disabilities still face today is accessing public transport. Although some cities have already become good reference studies by showing how networks can be made accessible for all, Gunta Anca – Vice-President of the European Disability Forum (EDF) and Chair of their Expert Group on Transport – points out that a lot more still needs to be achieved to make accessible city public transport a true reality. 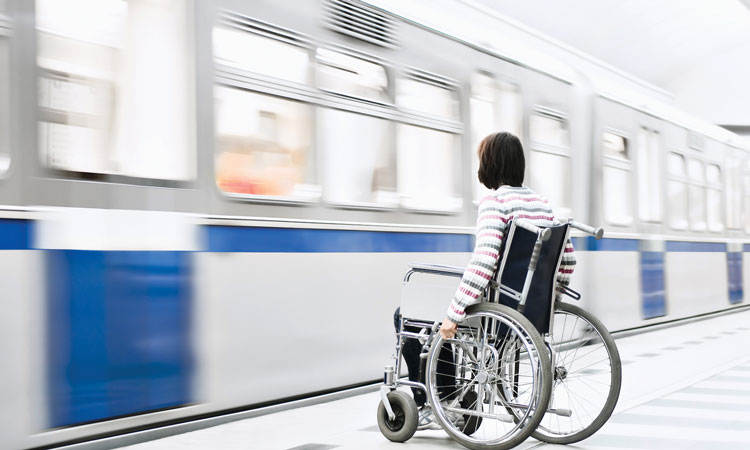 The European Disability Forum (EDF) is an independent NGO that represents the interests of 80 million Europeans with disabilities in EU policy-making. EDF is a unique platform which brings together representative organisation of persons with disabilities from across Europe and works on issues such as social policy, human rights, and accessibility of transport as well as information and communication technologies. The basis of EDF’s work is the United Nations Convention on the Rights of Persons with Disabilities (UN CRPD) which also deals with accessibility of transport (Art. 9) and personal mobility (Art. 20).

EDF has a long history of advocating for better accessibility of public transport and has been involved in many initiatives and projects and cooperates regularly with the industry. Recently, EDF has published position papers on multi-modal transport terminals, Intelligent Transport Systems, passengers’ rights, and the Access City Awards1. EDF is also currently working in cooperation with the International Association of Public Transport (UITP) to develop practical guidelines for staff of public transport undertakings to raise awareness of disability issues. Furthermore, EDF has been involved in the drafting of the revised Technical Specifications for Rail Interoperability for Persons with Reduced Mobility in the EU (TSI-PRM) which also concerns stations and rolling stock for regional and local trains. In its general policy work, EDF advocates for a seamless, multi-modal, accessible transport chain to allow spontaneous, independent travel for everyone.

Accessibility in the context of public transport can be understood as barrier-free access for everyone and concerns not only the built environment (stations, stops, road infrastructure) and the vehicles, but also the related information and communication technologies (ICT). It is of course understandable that cities and their infrastructure have grown over time, sometimes over centuries, and are not always fully accessible for persons with disabilities. It is nevertheless important to keep the accessibility factor in mind when upgrading, renovating or renewing existing infrastructure and certainly it should be self-evident when new vehicles are purchased and new infrastructure is planned.

Accessibility of public city transport is not just a requirement to be fulfilled for the sake of a law or to tick a box; it is the key for many people to participate actively in society and their communities. An inaccessible transport network prevents many people from going to school, working, meeting friends, and leisure activities such as going shopping or going to the cinema – activities that are considered ‘normal’ for everyone.

There are already many good examples that have shown how it can be done. Many have been awarded with the annual Access City Awards2 organised by the European Commission that honours the commitment of European cities to become more accessible. Cities like Berlin (Germany), Salzburg (Austria), Avila (Spain), Gothenburg (Sweden), Borås (Sweden) or Milan (Italy) have been winners of previous years and all have one thing in common: big efforts have been made to make public transport more accessible for all.

One success factor that was named by the winner of the 2015 Awards, Borås, is the need for political commitment. Resources have to be allocated to improve accessibility and the necessary regulatory framework has to be implemented and enforced correctly. High accessibility standards for the built environment have also contributed to the success. And finally it is important to make sure that all parties work together to combine the efforts, resulting in effective and coherent city planning3.

Berlin, the winner of the 2013 Awards, also shows that the involvement of persons with disabilities themselves has improved accessibility – asking passengers what they really need instead of presuming it – has made Berlin a best-practice example. The city has also recognised that focusing on accessibility has improved its image and has a positive effect on tourism. If for example the U-Bahn is accessible, including clear signage, elevators at stations and level access of the rolling stock, this improves the travel experience for all passengers including tourists4.

Despite these good-practice examples, there is still a lot of work to be done to make accessible city public transport a reality, including:

In conclusion, many cities have already proven that it is possible to become accessible for everyone. Now these good-practice examples should be spread to make accessibility the norm, and not the exception.

Gunta Anca is the European Disability Forum’s Vice President and has been a disability rights activist throughout her career. Since 2002, Gunta has been the Chair of the Latvian Umbrella Body for Disability Organisations (Sustento) and she is also an active member of the European Economic and Social Committee (EESC). Additionally, Gunta is a Board Member of the European Women’s Lobby and since 2008 has also been an advisor in the Disability Rights Fund. 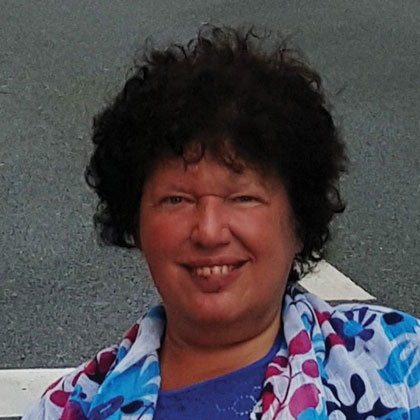