Professor Nick Tyler, the Chadwick Professor of Civil Engineering at UCL, tells Eurotransport how the Pedestrian Accessibility Movement & Environment Laboratory (PAMELA) can be used by organisations, like the London Underground, to practically test their theories on accessibility before committing to a huge investment. Accessibility is the extent to which an activity is actually available to all people. While this includes aspects of the activity itself and the means of being able to participate in it, it also includes the capability to reach that activity. For this reason, accessibility and transport are strongly linked: if the transport is not accessible, then some people will be excluded from the activity, however accessible the activity might be.

It is important to note, therefore, that the question of accessible transport is a matter that extends far beyond transport itself and reaches into other important aspects of civilised life: access to healthcare, education, work, social interactions, nutrition, enjoyment of sports and arts activities and so on. This leads to issues of human rights and discrimination, as well as issues relating to poverty, inequalities and the consequences of these on society as a whole. The link between social determinants and health is well established, and the contribution that transport systems can make to mitigate, or even improve, these impacts is one of their major contributions to society.

So, what does ‘accessible’ really mean in practice? The UCL Accessibility Research Group is part of the Centre for Transport Studies at UCL and has been exploring this issue for many years, including both its philosophical and practical aspects, as well as implications for technical and policy design.

Central to our research is a facility, the Pedestrian Accessibility Movement & Environment Laboratory (PAMELA), where we can create environments for testing accessibility at 1:1 scale. This enables us to understand just how inaccessibility works; why particular designs – including the way they are lit, the way they sound and the physical design – conspire to create a world from which some people are excluded.

It is a well known problem in London that the Underground network is largely inaccessible. Most of it was built over 100 years ago, when accessibility was not even remotely considered. When the issue became one of great importance, resulting in the Disability Discrimination Act in 1995 and the attendant regulations for railway, bus and coach systems, the question of how to convert this large, complex and inaccessible system into an openly accessible one had to be answered. It was clear that this would be a massive and hugely expensive project; one that might never be completely satisfactory, but also one that had to be tackled nonetheless.

One issue was the interface between trains and the platform. Before accessibility was considered, the issue was ensuring that trains did not strike the platforms and that, wherever possible, the train body could ‘oversail’ the platform to prevent people from falling between the platform and train. The need to climb in and out of a carriage was accounted for by people’s ability to physically step up or down as needed.

However, once the issue of accessibility came into the frame, this approach was clearly unsuitable.

London Underground asked us to examine some possibilities they had been considering in relation to the sufficient reduction of the gaps between the train and platform to enable people in wheelchairs to be able to use the service. One option under consideration at the time was ‘platform humps’ – raising the level of the platform to be near the floor height of the train for one part of the platform, so that access could be assured at least in that section of the train. The cost of raising the entire platform to the level of the train floor was considered to be too expensive, and it was thought that no business case could be made for such a huge investment.

One major issue with the proposal was that the access to this raised section of the platform had to be via a ramp. The design of this ramp was made more difficult because every station had to be considered, and the hump had to be in the same place relative to the train in each station. It became clear that some stations wouldn’t be able to meet these requirements due to other obstacles on the platform. For example, the access tunnels between platforms in deep tube stations were located in different places and the ramp could not be allowed to interfere with these. What’s more, the gradient of the ramp might have to be different at each station, and could in some cases exceed the limits required by people in wheelchairs.

There was also the issue of safety: if a wheelchair started to roll down a ramp, would it end up on the track? How would visually-impaired people react to the presence of a ramp in an environment in which they would have expected the floor surface to be flat? What would happen if the train stopped with one or more of its doors over the ramp, rather than over the flat part of the platform?

Putting PAMELA to the test

Accordingly, we created a set of experiments in PAMELA to test these issues. We created a number of different ramp gradients, setting them up just like station platforms, with a variety of shades of floor surface and markings, and different vertical gaps between the train floor and platform (or ramp). We also considered the impact of different lighting levels (although Tube stations are regulated for lighting levels, open-air stations are not). We then invited a variety of participants with different capabilities to partake in the study – people in wheelchairs, people with walking assistance of different varieties, visually-impaired people (some with assistance dogs), and ambulant elderly people.

We then tested these participants’ use of the different environmental designs, and as a result, were able to reassure London Underground that the concept was feasible. We discovered that:

It also showed the participants that such ramps might give them an opportunity to use the Undergound network, and that their concerns about such issues were being heard and acted upon.

These platform humps were subsequently installed as part of the Victoria Line upgrade and now feature on that line and in several other stations.

Of course, this does not make the Underground accessible – how people actually reach the platform in the first place is a major issue – but it is a start on that massive project.

Our research provided a good scientific basis for engineering decisions in difficult design situations that would help designers create stations for more of the population to use. It showed that humps, designed primarily with people in wheelchairs in mind, could also help many other groups – the smaller vertical gap means that it is easier for people who find stairs difficult to use the trains. It provided evidence that raising the platform level to be nearer the train floor would yield capacity benefits – people boarded more quickly when the levels were similar. That business case could be developed for investment in larger projects to equalise the height along the whole platform, as there was a calculable benefit from reduced dwell times.

Of course, there are many other aspects of accessibility in the transport system. We have examined the problem of people falling over in moving buses, for example, to bring some science into creating a feasible solution to such a major problem. Using PAMELA as an early element of the design process will help to improve accessibility in the transport system.

Those high-level aims for accessible transport systems can enable people to improve the quality of their lives, and that starts with the scientific basis that facilities such as PAMELA can provide.

Professor Nick Tyler CBE FREng is the Chadwick Professor of Civil Engineering at UCL. He invented, and runs, the UCL Pedestrian Accessibility Movement & Environment Laboratory, a life-scale environmental space used to conduct multiscalar research into the environ – ment’s interactions with people. The UK Government has funded an expansion of this laboratory as part of its UK Co-Laboratorium for Research on Infrastructure and Cities. He is working extensively with bodies such as Transport for London, national and local governments, and civil society in the UK, EU, Latin America, Japan and China to help create an adaptive and sustainable urban realm that is responsive to people and their needs. 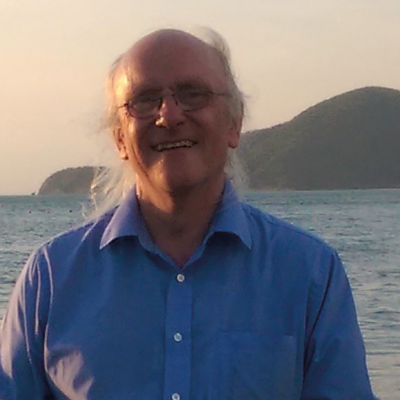